The ‘Mother’ tapestries and drawings

The drawing made in 1993 (‘Oh my Mother’) and set of tapestries made in 1994, (‘Mother’, ‘Head’, ‘Help’ and ‘Skull’) are derived from drawings my daughter made when she was about 8, or from found images, some lifted from the walls of her room. Thinking about, then re-drawing and weaving these images from her childhood and adolescence, enabled me to revisit these fearful and anxious times in my own past. This text from ‘Owls do Cry’ by Janet Frame was on my mind.

Oh, my mother was as big as the arms of land will hold sea and not spill. I cannot imagine her death. I think of her at home putting the pikelets on the girdle or singing her kind of half song as she wiped the dishes with the end of a dirty and wet tea towel … I would have held my arms, like land around a lake, tight about her, and not let her spill over for anyone save myself … only yes it is my mother too, who should have died long ago she was so tired with sweeping out her house and the world.

Later, in 1997 I rewove the skull image in colour (Purple Skull) and wove two images of the ‘Head of Death’ from the 14 c. Apocalypse tapestries one in black and white, and one in red, the original colour of the image. 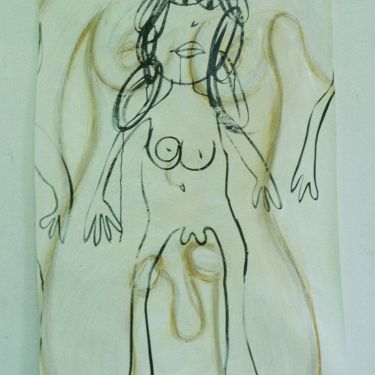 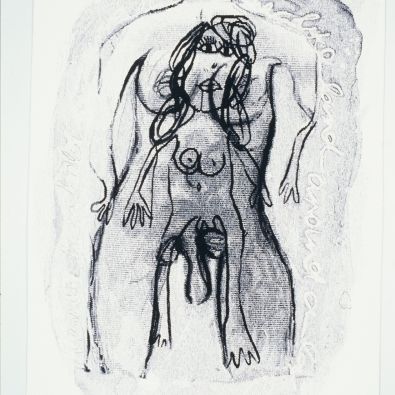 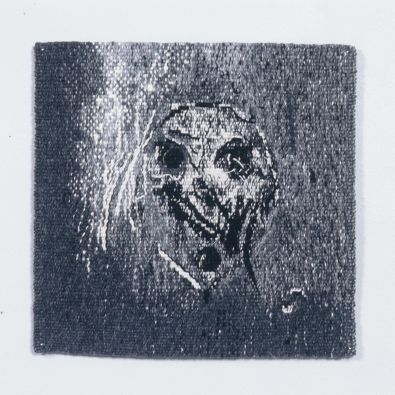 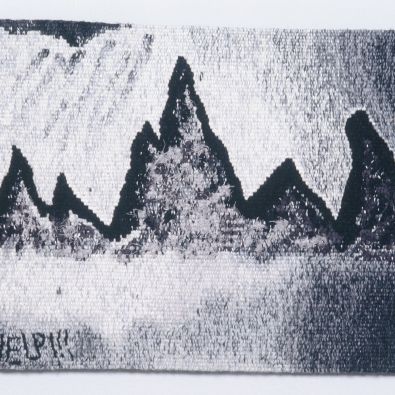 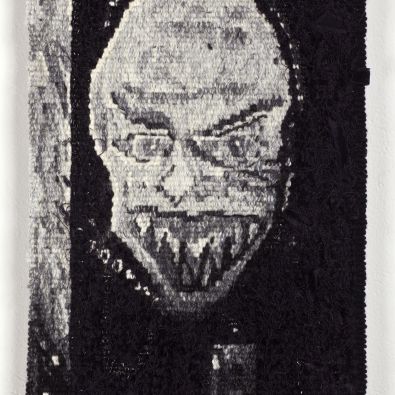 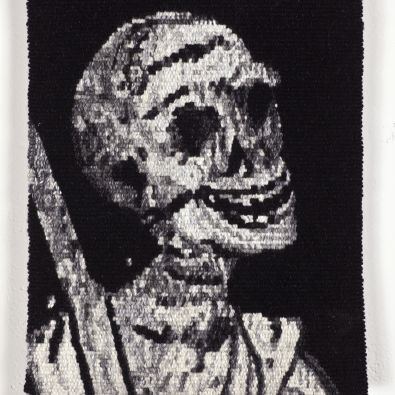 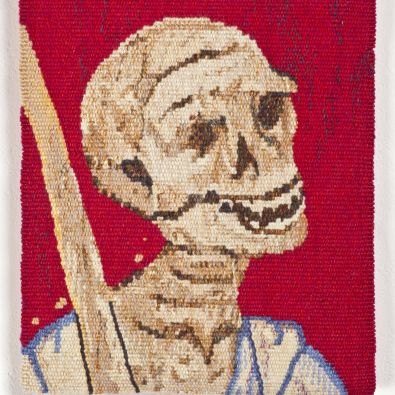