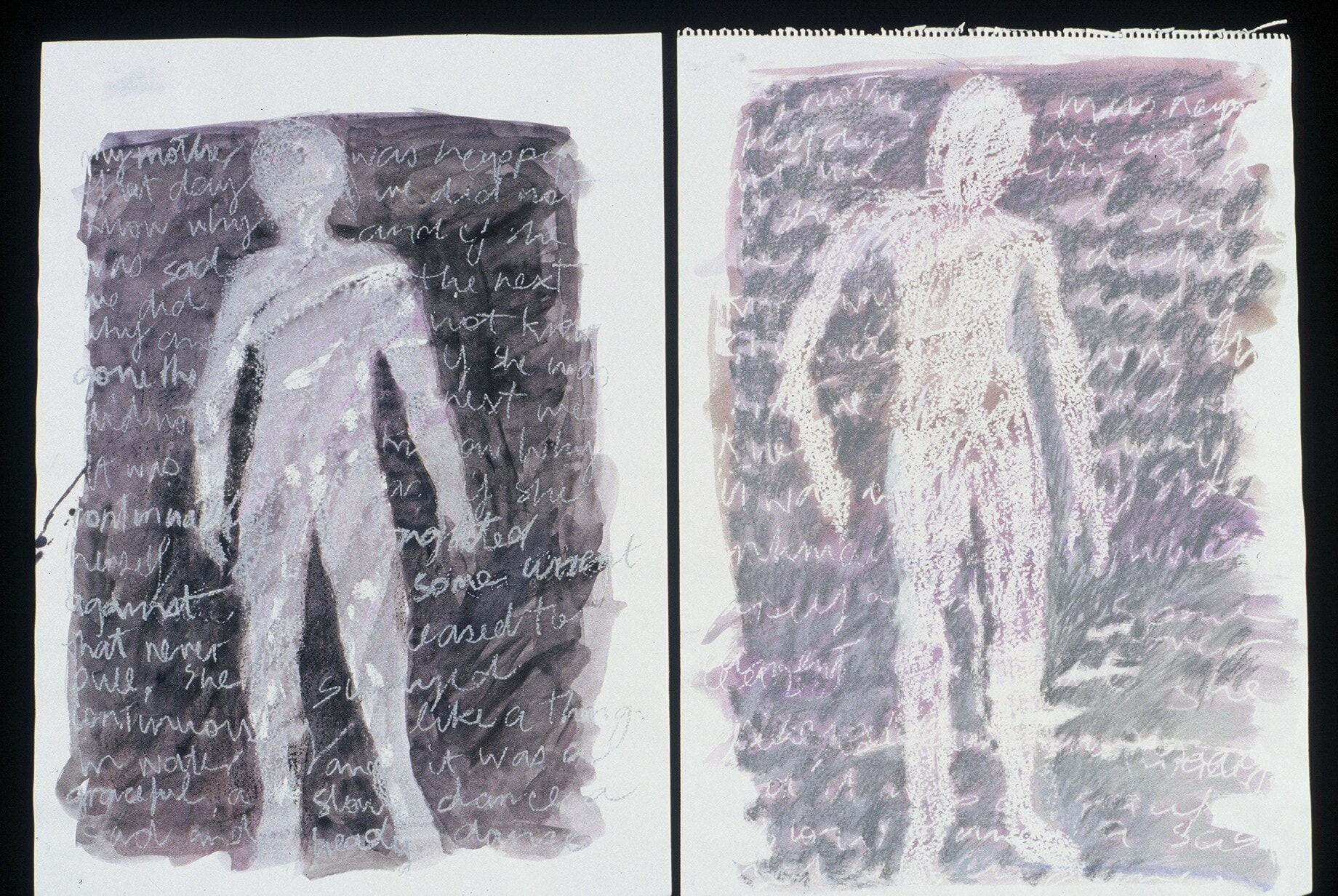 The tapestry ‘Daughter’ is interpreted from watercolour drawings I made of my daughter as a child, her image floating in front of a text by the Canadian writer Marilynne Robinson taken from her novel ‘Housekeeping’.

My mother died at 49 when I was 23. In weaving the tapestry when I neared the age of her death, I was trying to articulate my continuing sense of loss, and, having had a daughter myself, my realization of the gulf of incomprehension that can separate the child from the parent. As I wove the image, I became aware that in this work, I occupied the space of both mother and daughter. The long, slow process of weaving became a form of reparation, building the image, weaving the words, creating a dense, physical structure to repair a little of the anguish of that early loss. 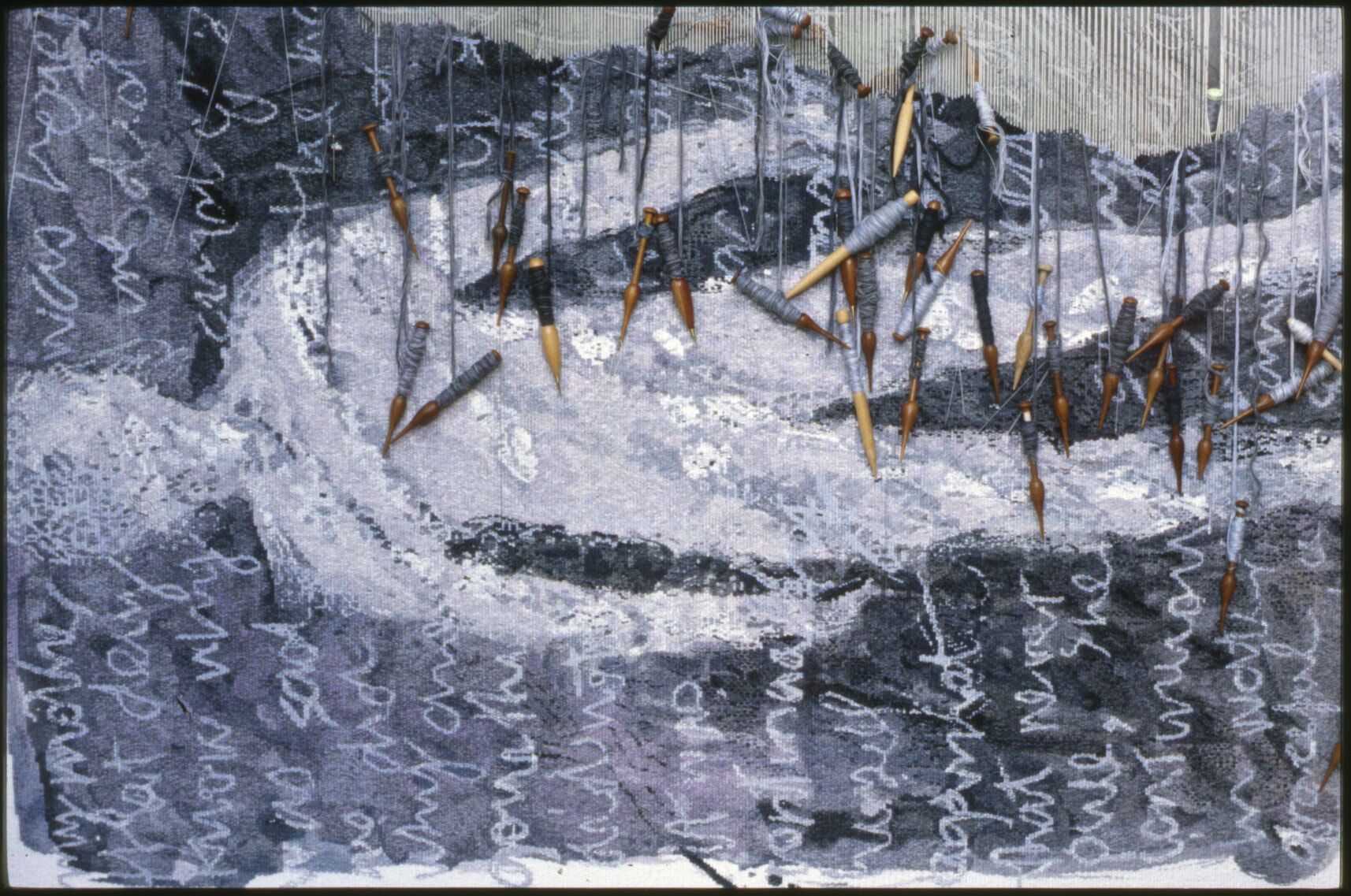 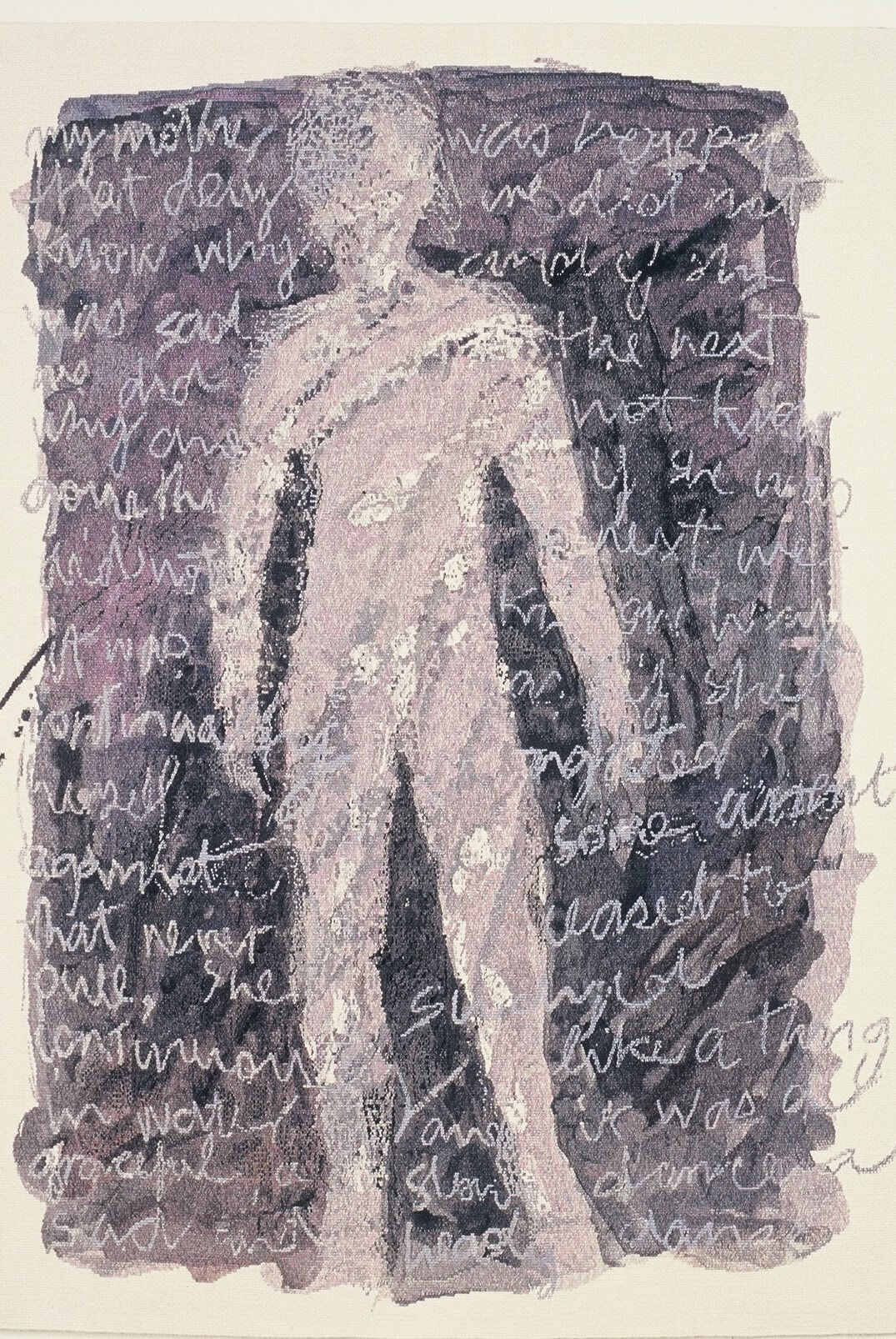 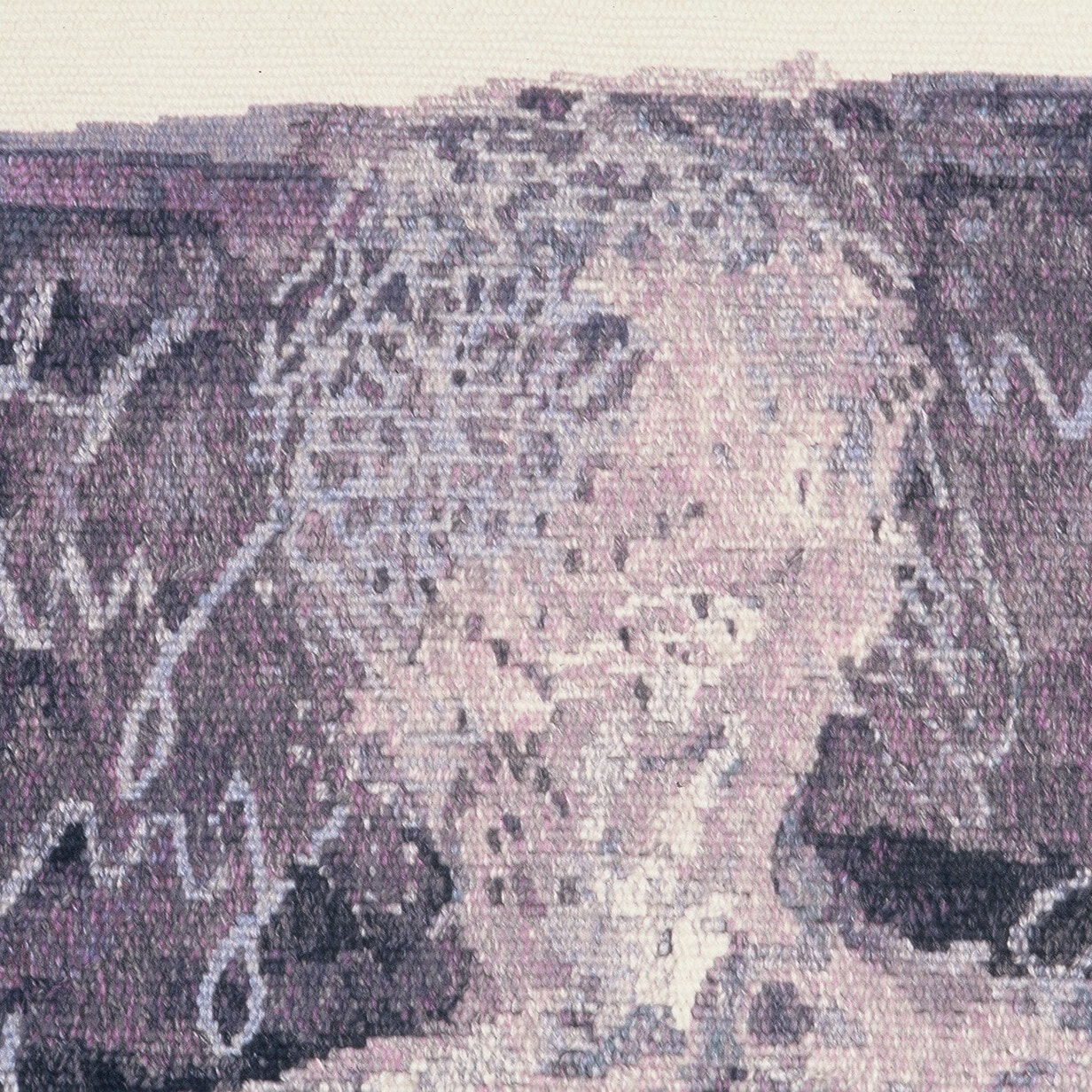 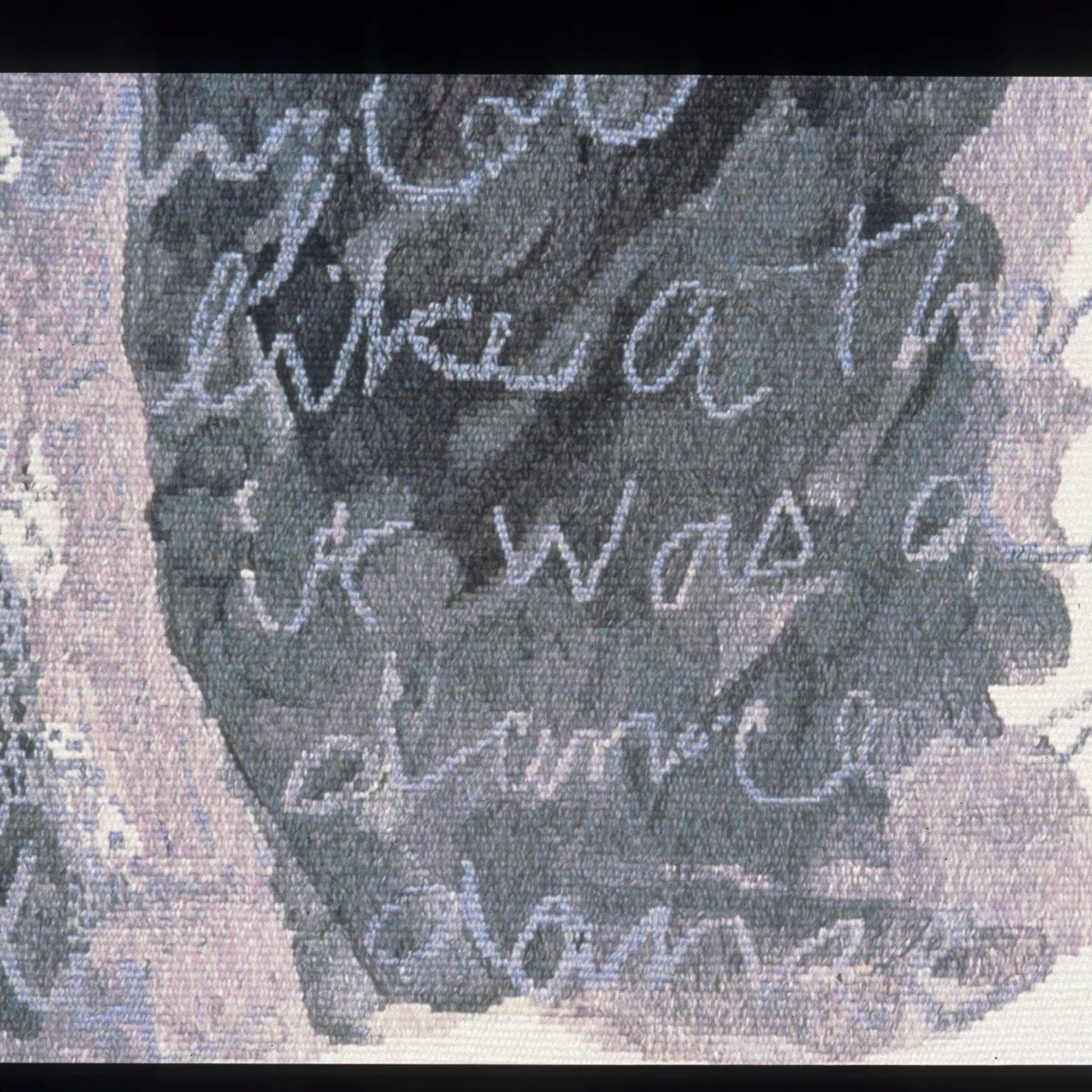