Spill
This body of work looks at the association of vessels with the human body, and the idea that wholeness is a metaphor for the integrity of the self.  Vessels that leak, like the sieve and the funnel can play on our anxieties about the dissolution of identity and suggest the impossibility of maintaining a permanently fixed and stable sense of self.

These images refer to associations (in the Western tradition) of the sieve and the funnel to human attributes, both positive and negative, and their implications in relation to gender and difference.  As Marina Warner notes in ‘Monuments and Maidens: The Allegory of the Female Form’ The association of emptiness and badness, fullness and good, of leaky vessels with wrongdoing and sound vessels with righteousness is an ancient tradition.

The sieve
In her book, Monuments and Maidens Warner discusses an image of Tuccia’s sieve: a perforated bowl full of water, a sign of female chastity in ancient Rome. Tuccia, a vestal virgin was accused of breaking her vow of chastity. To refute the slander, she panned the waters of the Tiber with a sieve and carried the water to the temple to offer to the goddess as proof of her continence, and the integrity of her body. Yet as Warner notes, this image of the ideal female body, a sieve that does not leak is impossible.

The funnel
In the paintings of Hieronymus Bosch, the image of the funnel, whose function is to fill a vessel, is inverted to indicate a range of human attributes that lack integrity: unfaithfulness, unscrupulousness, instability, forgetfulness, unreliability, intemperance and wastefulness.  An inverted funnel is also used as a symbol of sterility. 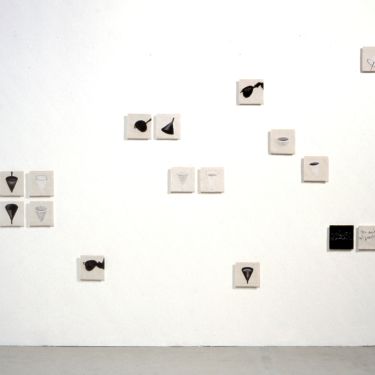