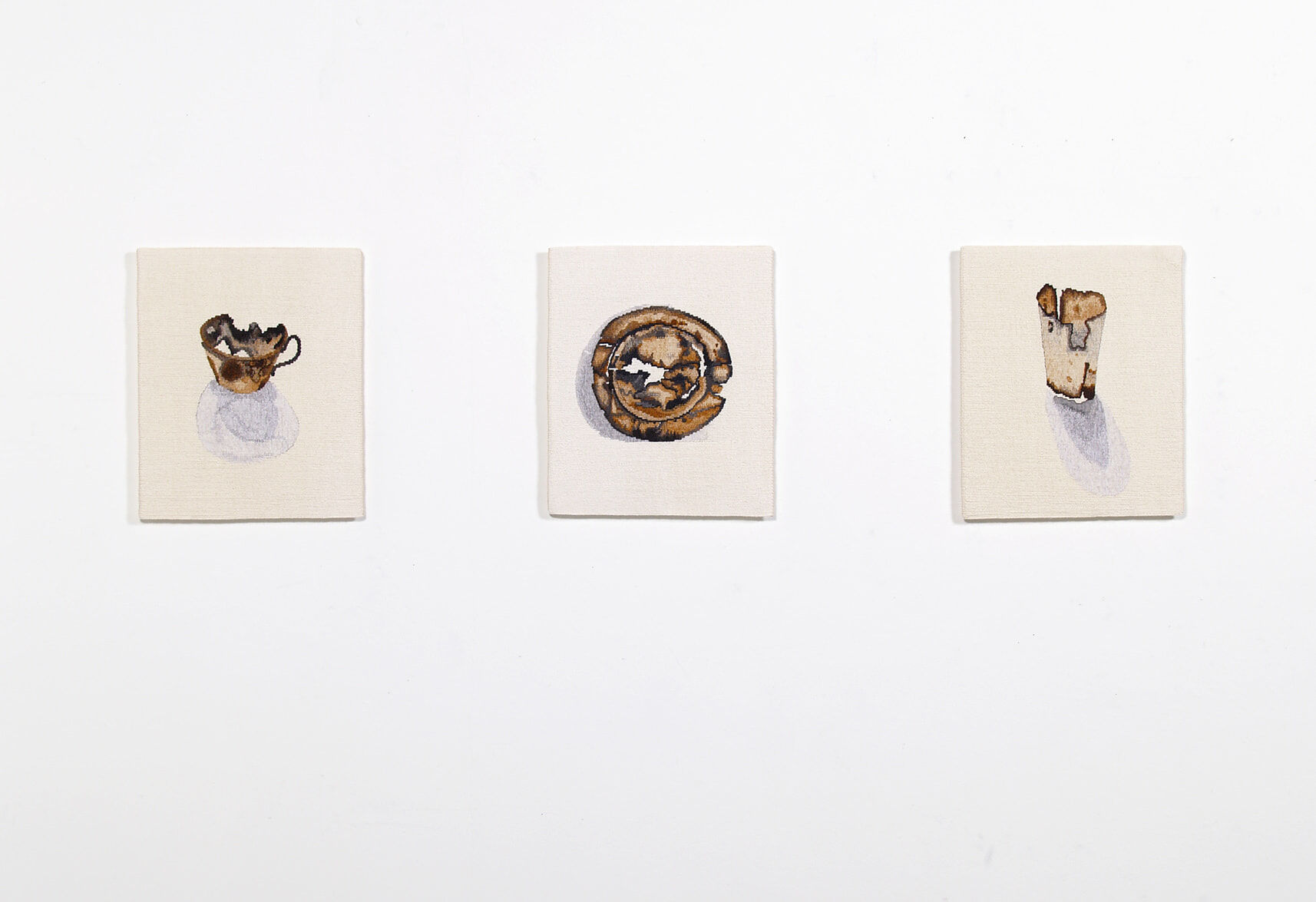 In September 1998 I travelled with three friends, Elsje van Keppel, Phillipa O'Brien and Nalda Searles, north of Perth and beyond the wheat belt to Thundellara in central Western Australia.  One day, fossicking around the abandoned mining town of Fields Find, Phillipa found three enamel vessels, a cup, a jug and a plate, which I borrowed and took home to Adelaide to draw.

Woven tapestry in the European tradition has often been used to mark the momentous events of History.  These small tapestries focus on the everyday, on vessels used in the endlessly repeated domestic routines, centred on the body which are so often women's work.  The processes of drawing, of weaving and writing could be understood as marking a moment in time, a momentary arrest in the slow process of disintegration to which bodies as well as vessels are subject. 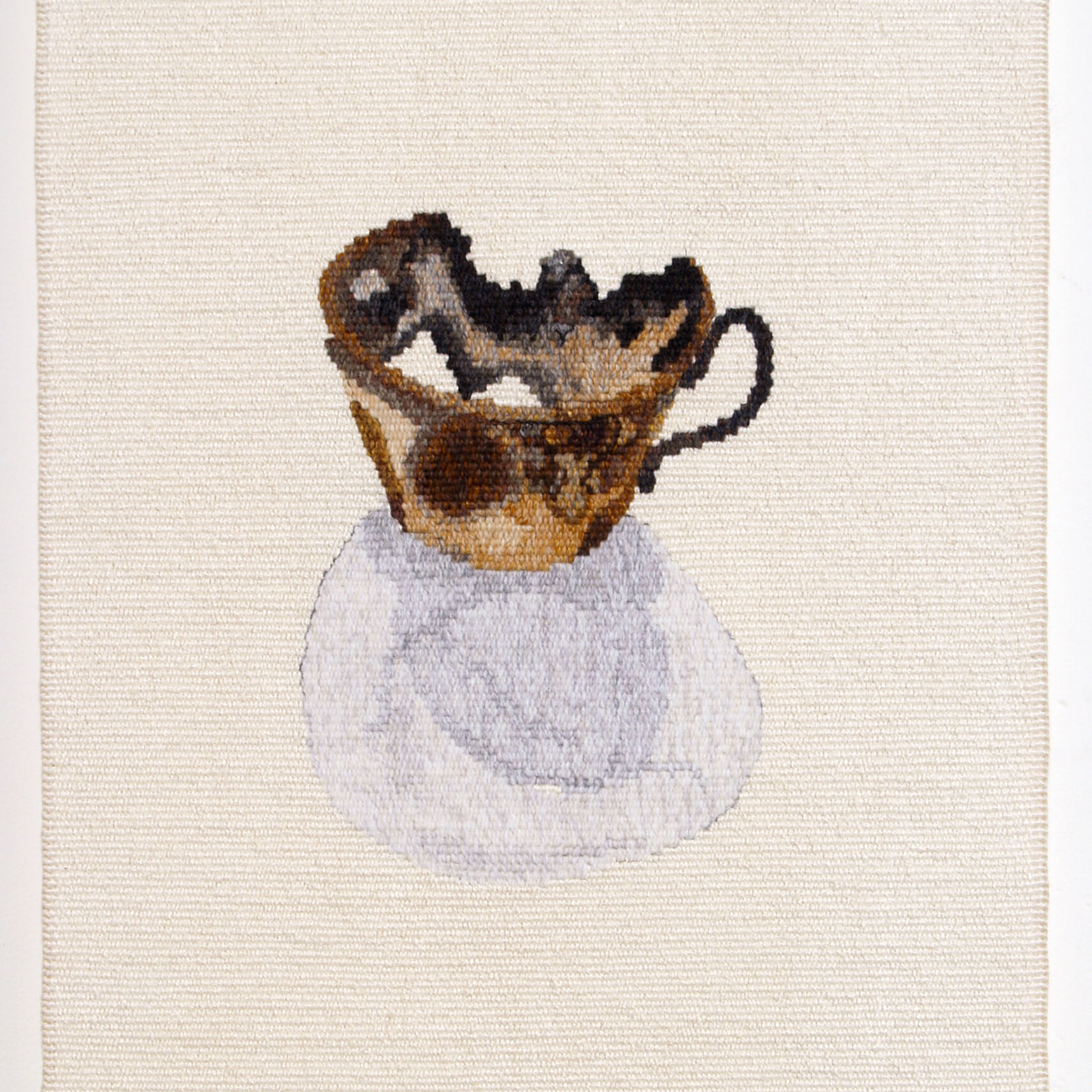 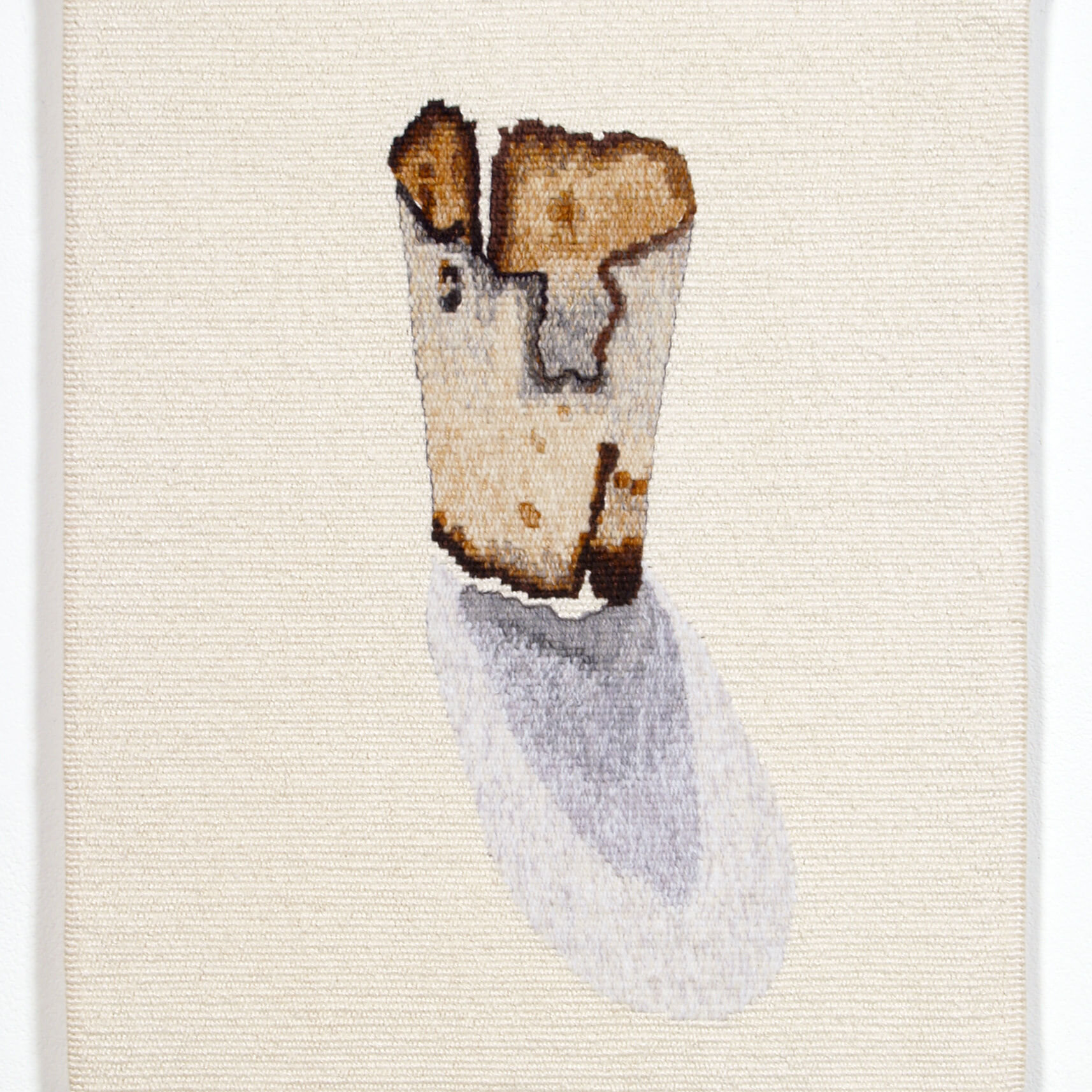 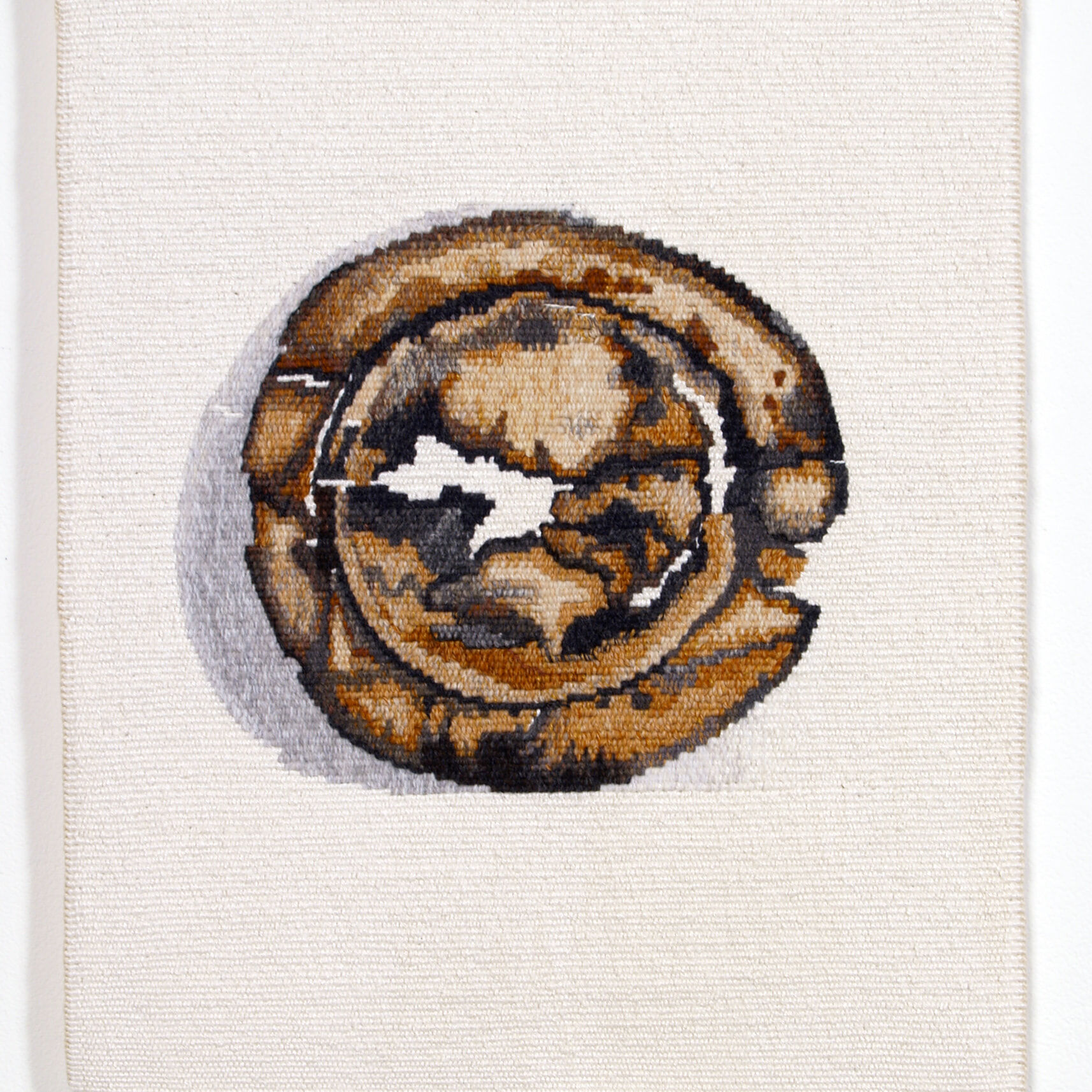