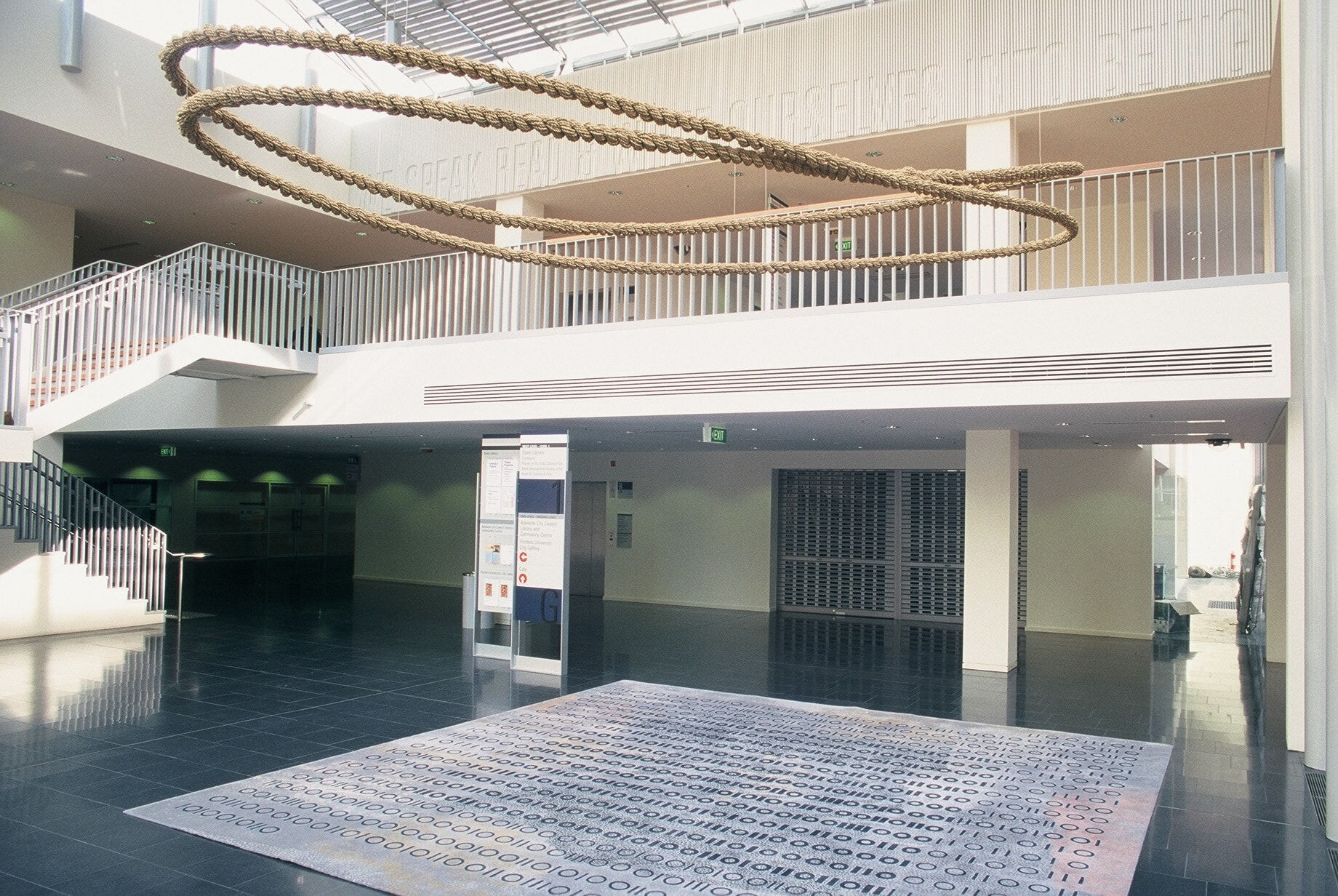 Text, textile and a coil of string.

In 2003 Kay Lawrence worked with designer John Nowland and Kuarna elder Uncle Lewis Yerloburka O'Brien to complete a large public commission for the glazed entry of the State Library of South Australia.  The installation, Text, textile and a coil of string, draws on the rich connections between textile practice and language to suggest ways of transmitting knowledge particularly appropriate to the Library, re-built on the land of the original custodians, the Kaurna people, at the beginning of the twenty first century.

The work is designed to be experienced spatially as visitors move into the library and comprises four elements developed from research into Western and Kaurna knowledge systems. Each part refers to the connection between textile metaphors and processes and the transmission of knowledge through language in all its forms, speech, sign and text. A traditional greeting in the Kaurna language, engraved in stone marks the entrance to the space, where a large elliptical form twined from rushes hangs above a carpet knotted with zeros and ones. The plant fibre ellipse refers to one of the ways knowledge is transmitted in Kaurna culture, the string game, where a coil of string held between the hands, marks the beginning of a story communicated through gesture and observation.  The carpet, woven with a text by Sadie Plant and written in the binary code that underpins computing, makes reference to the origins of the digital revolution in weaving processes. The wall text above refers to the role of language in constructing our sense of who we are as individuals and as a society.

By linking the oldest human technologies (string and weaving) to the newest (the digital) the work suggests that new knowledge is always drawn out of the past, highlighting the role of institutions like the Library that hold and make available the records of the past, and through their educational role, help shape the future. 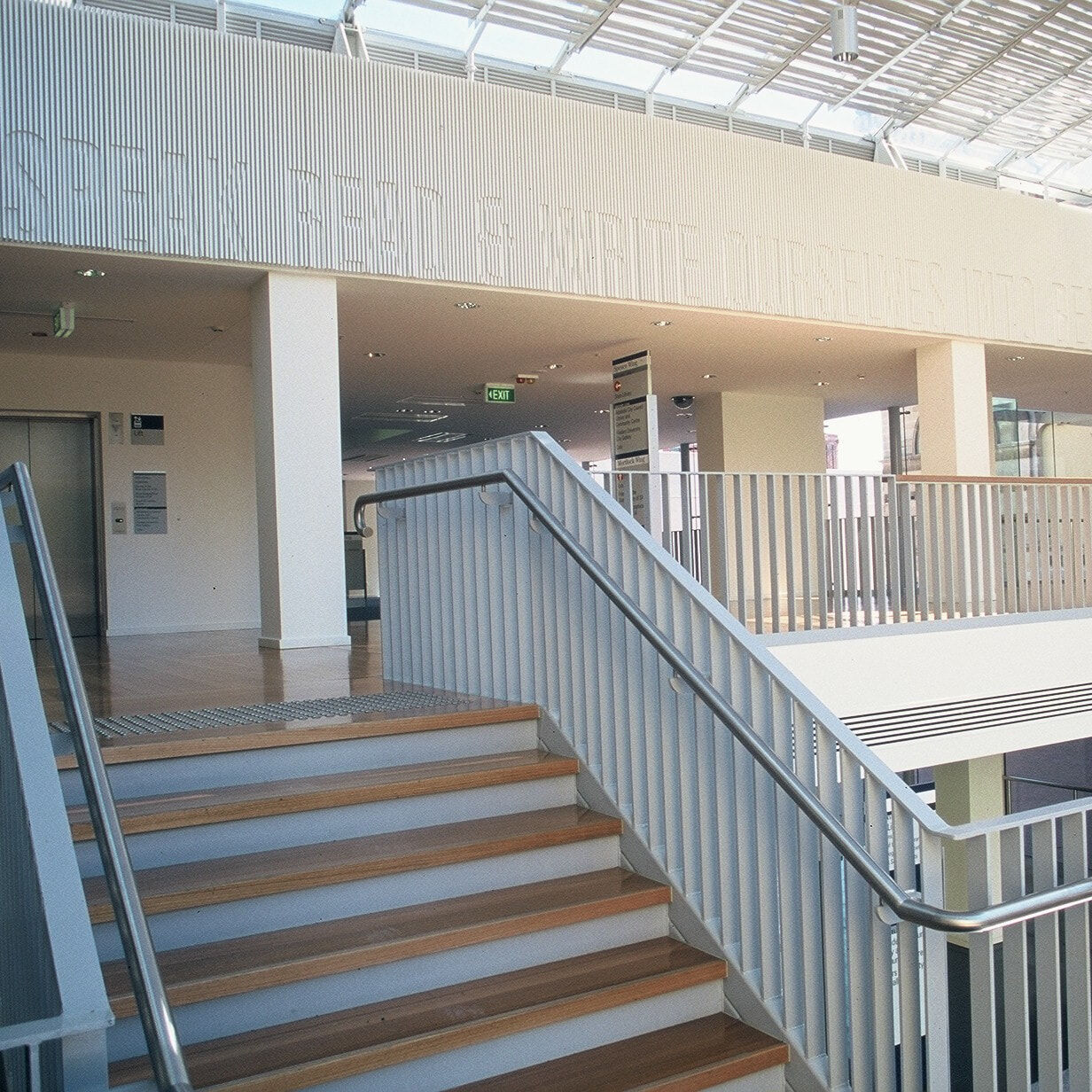 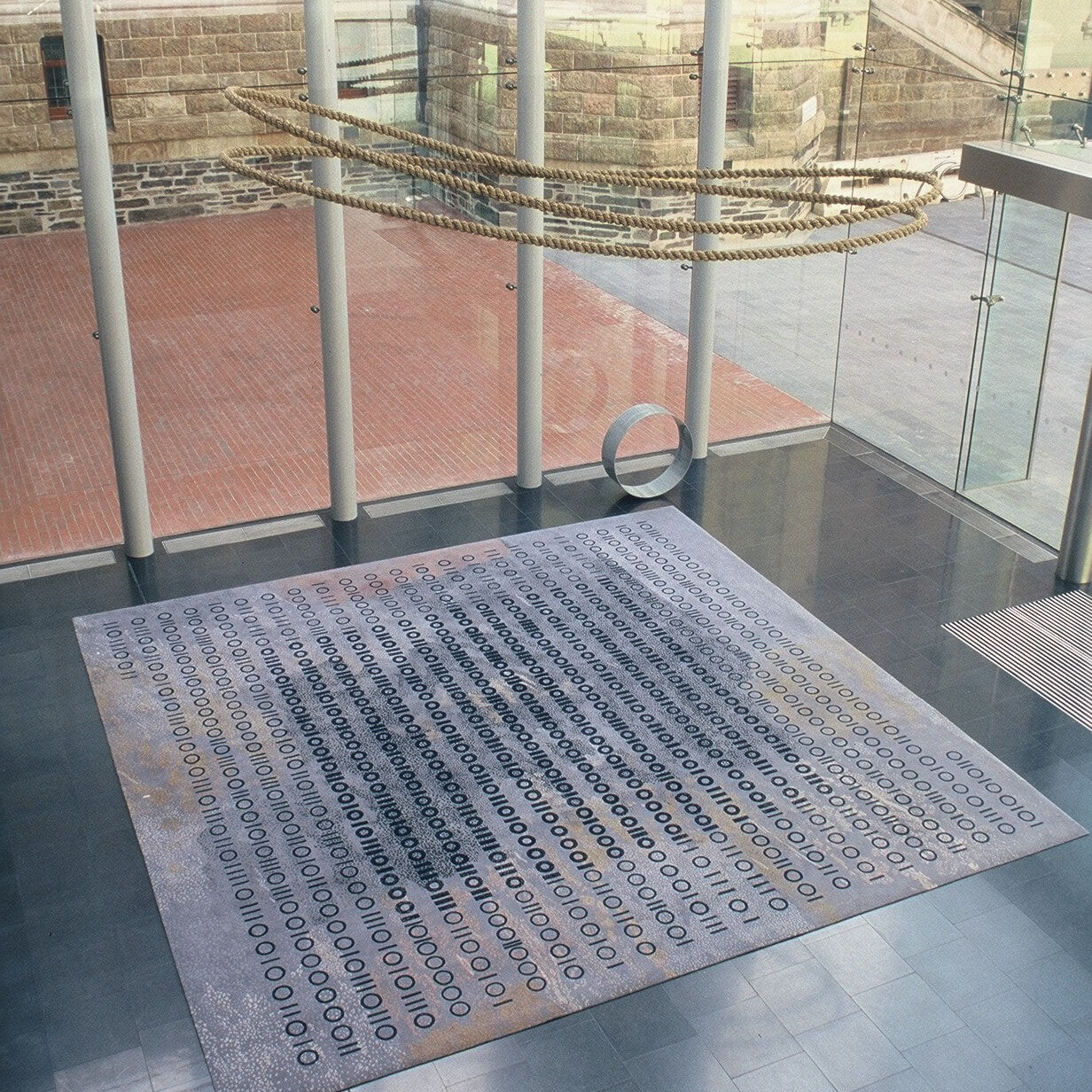 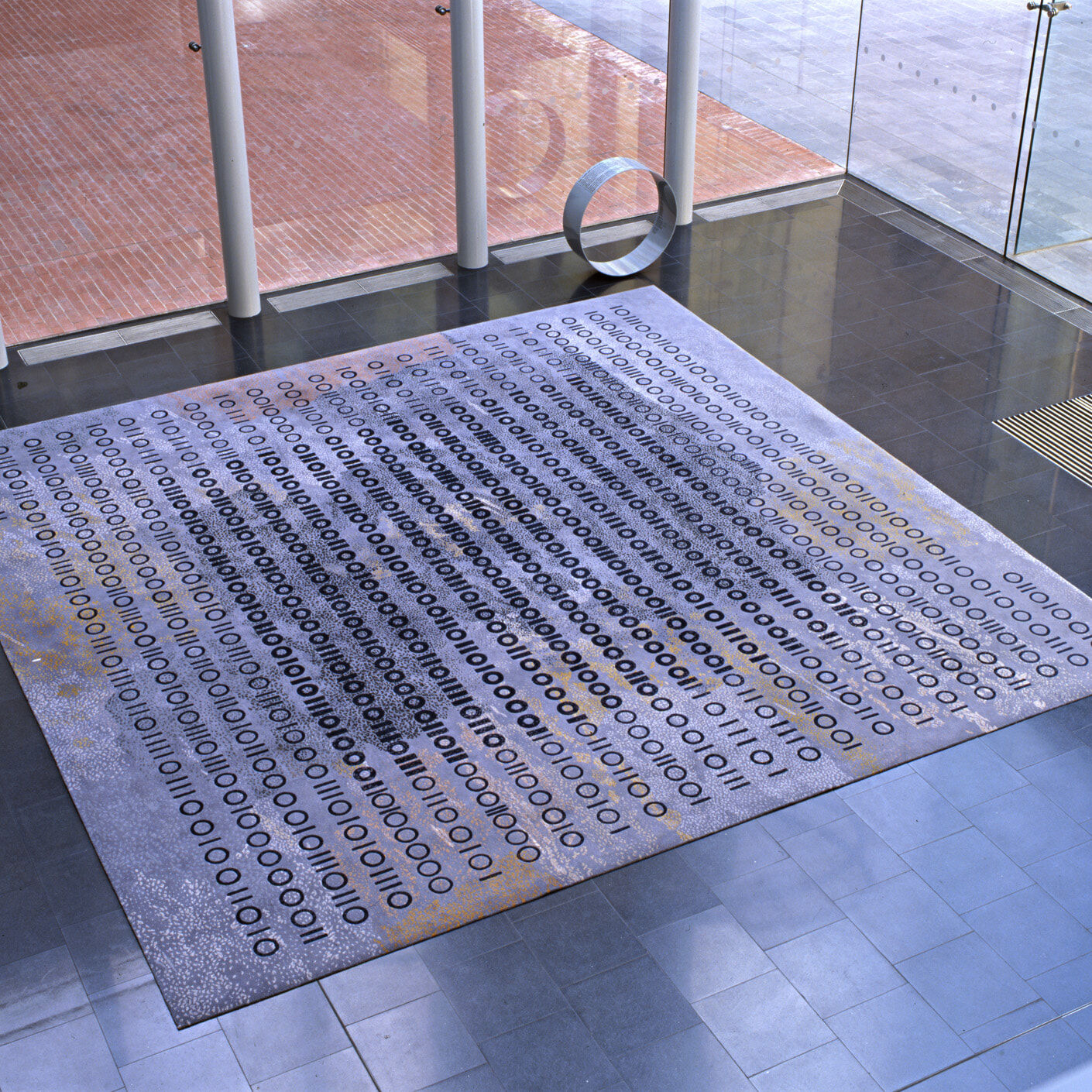 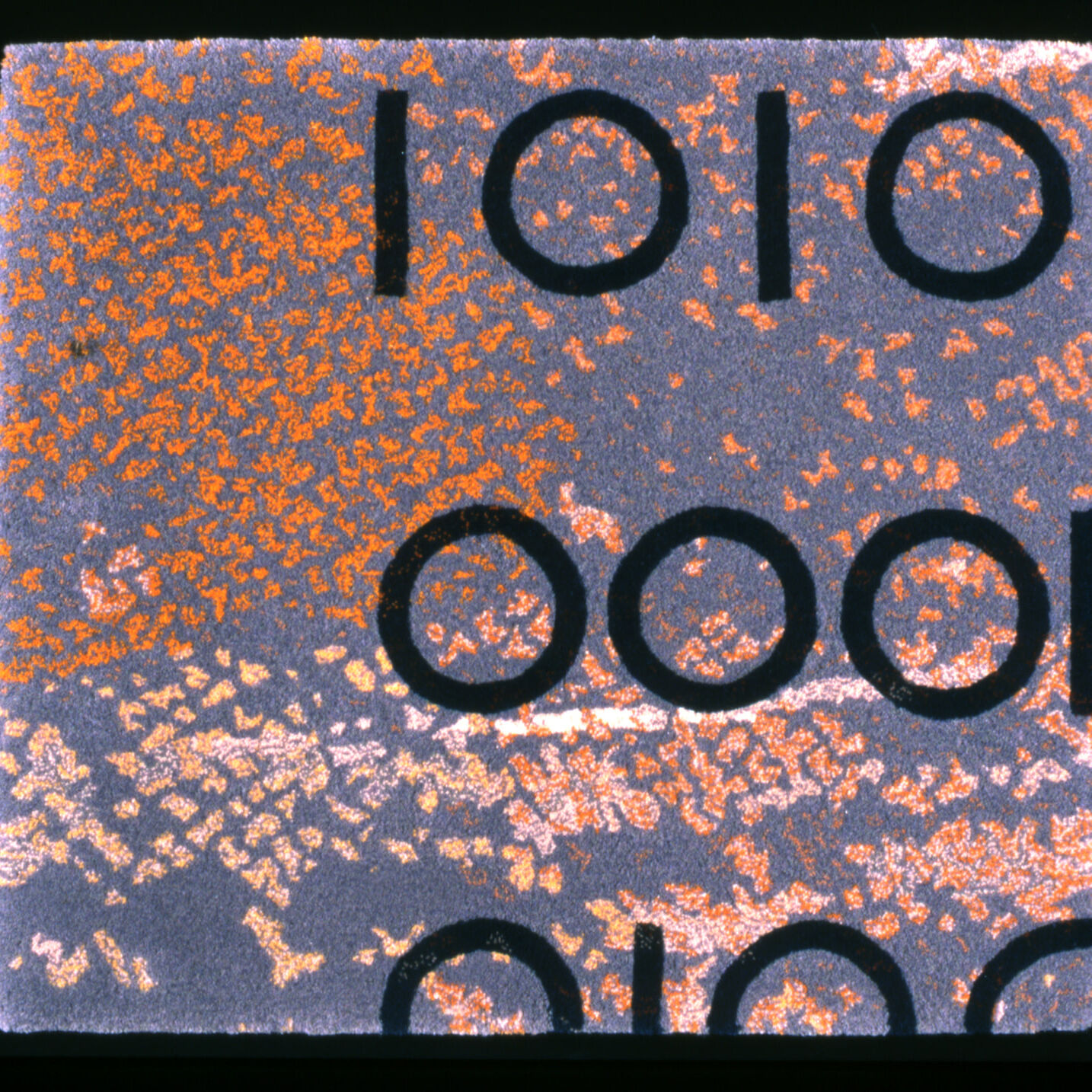 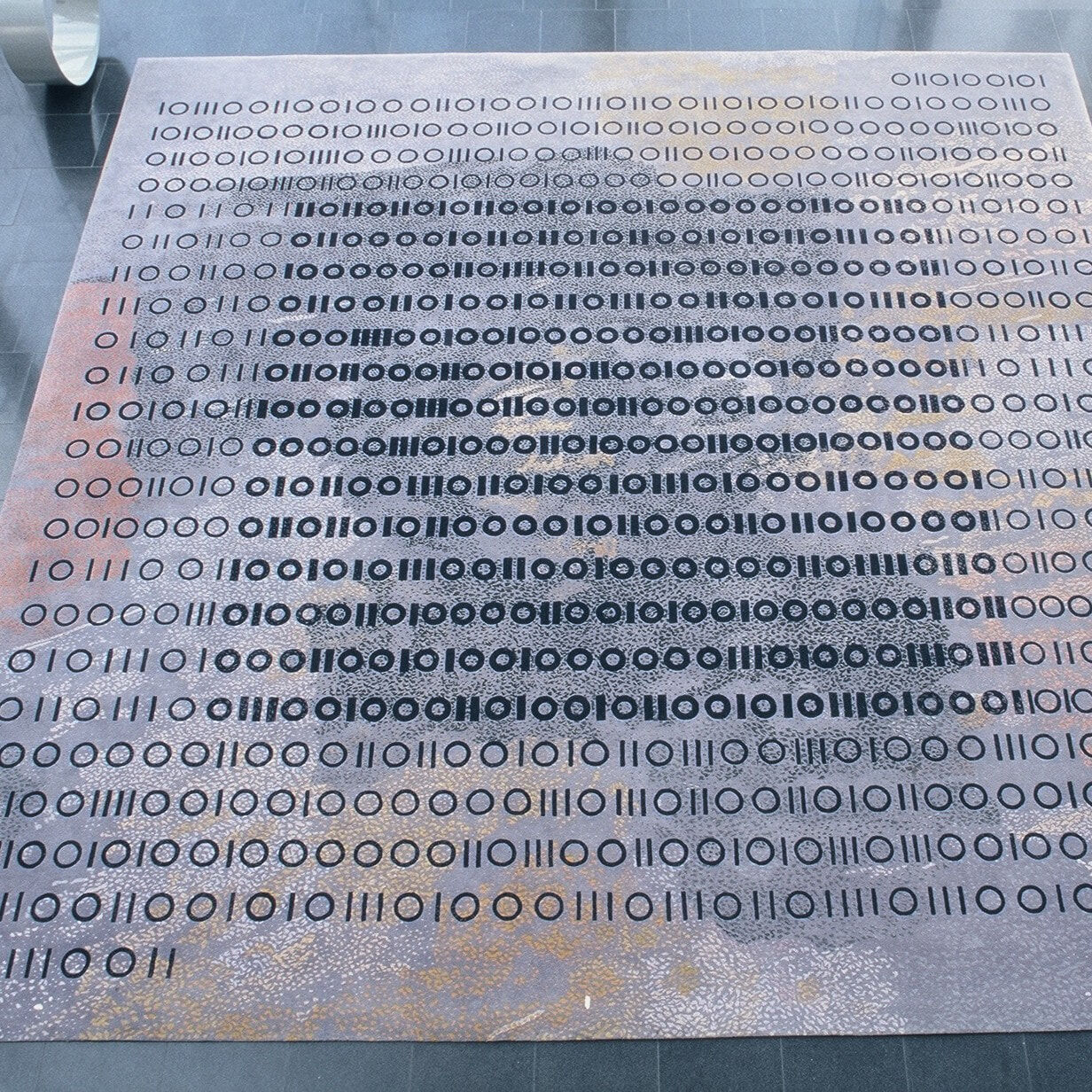 Close up of Carpet 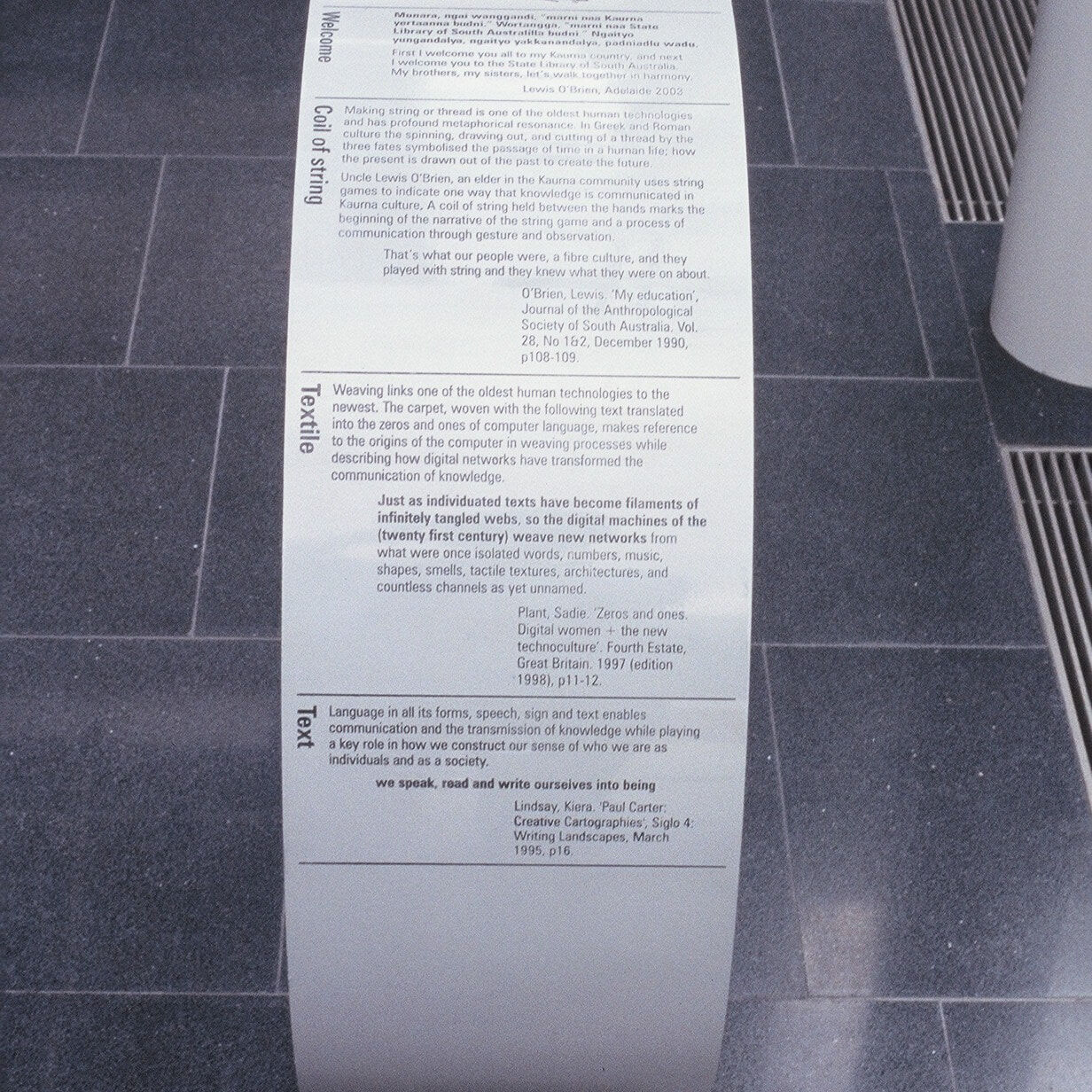 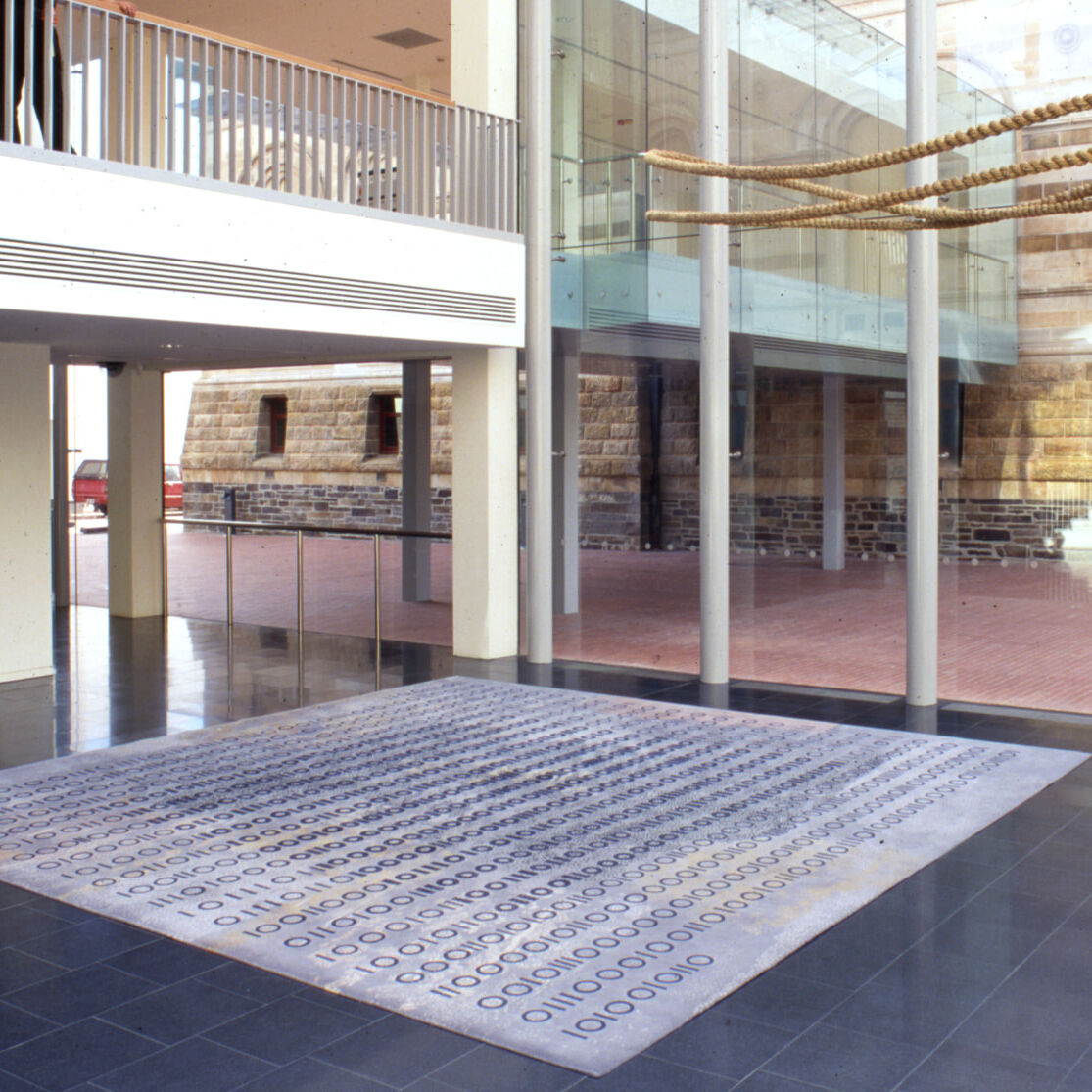 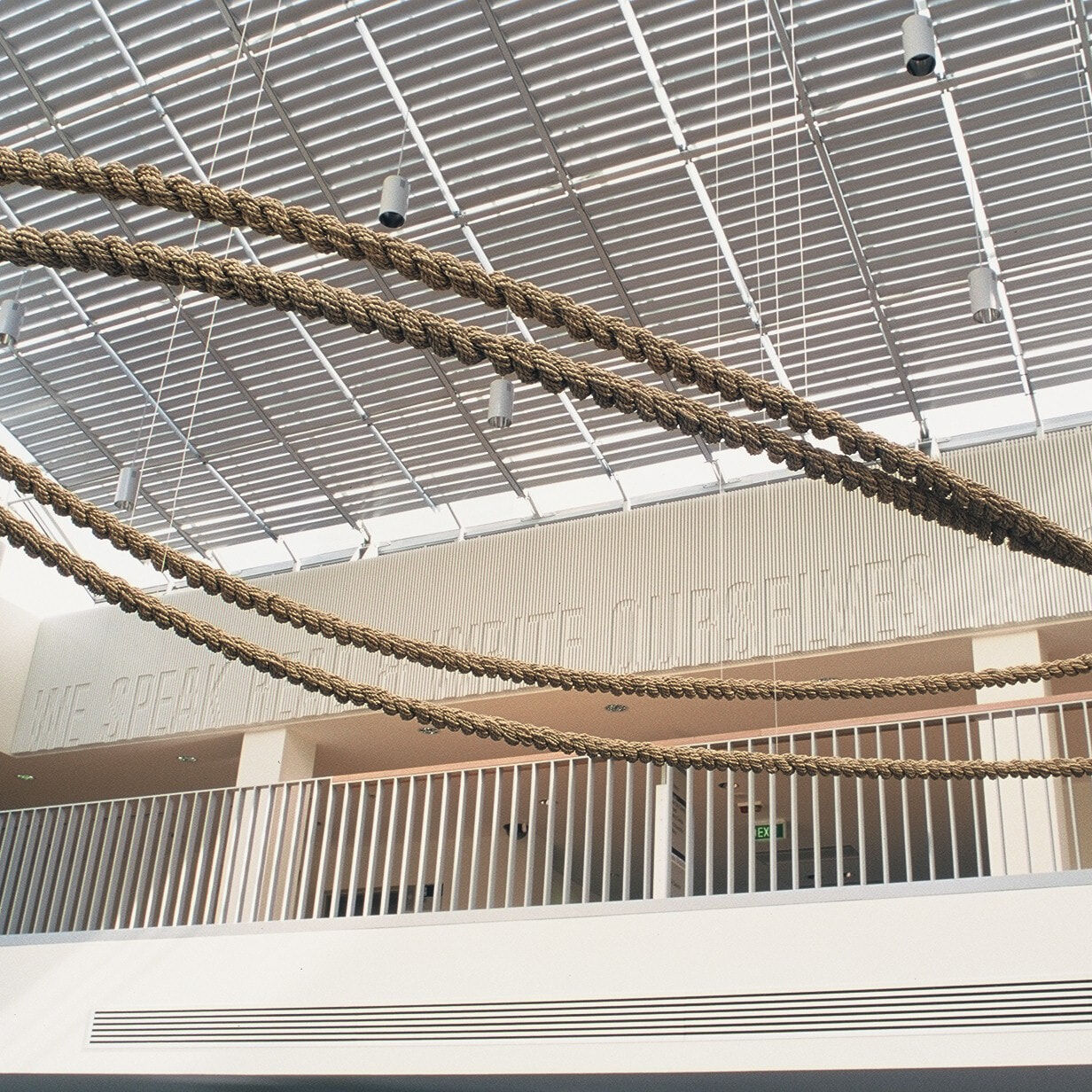 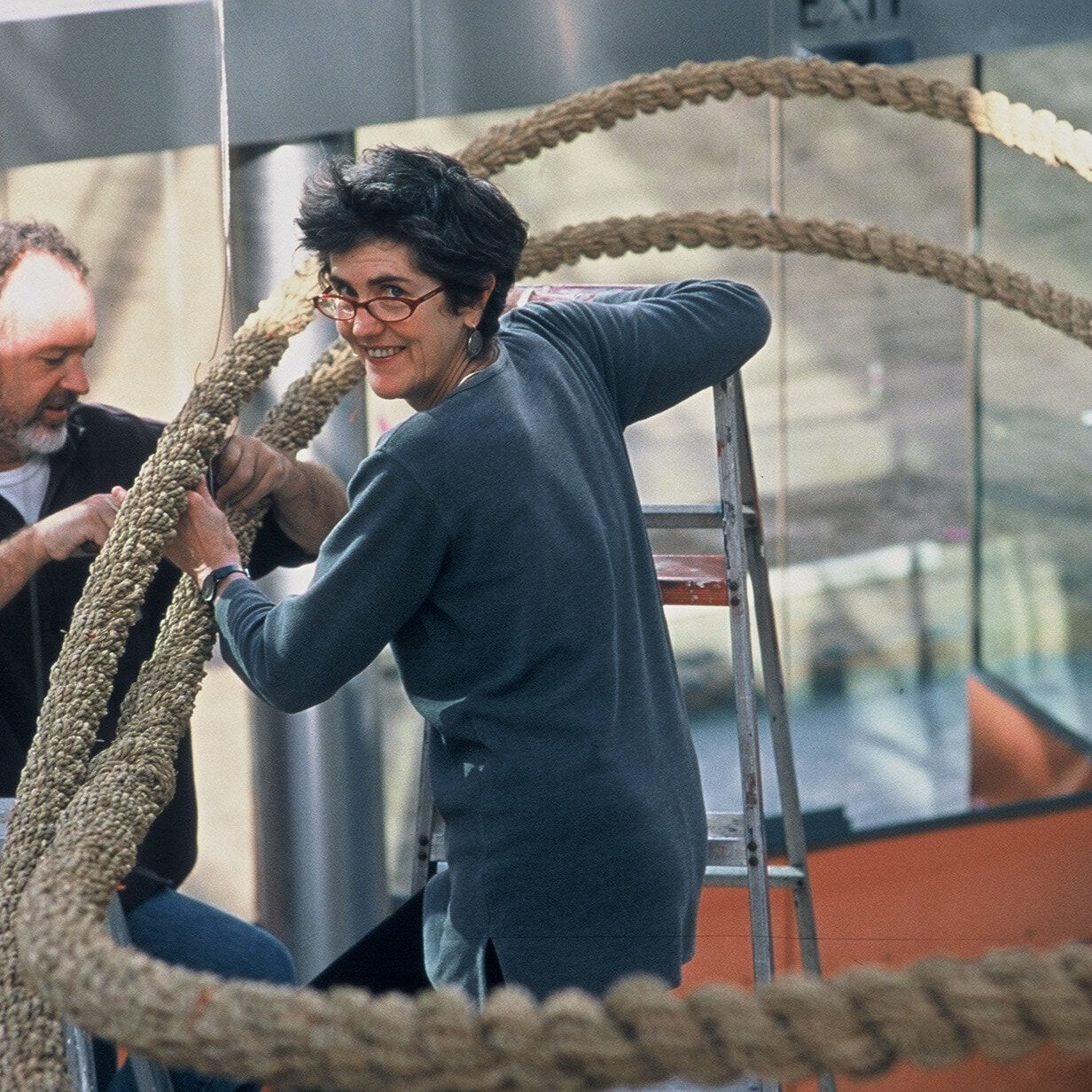