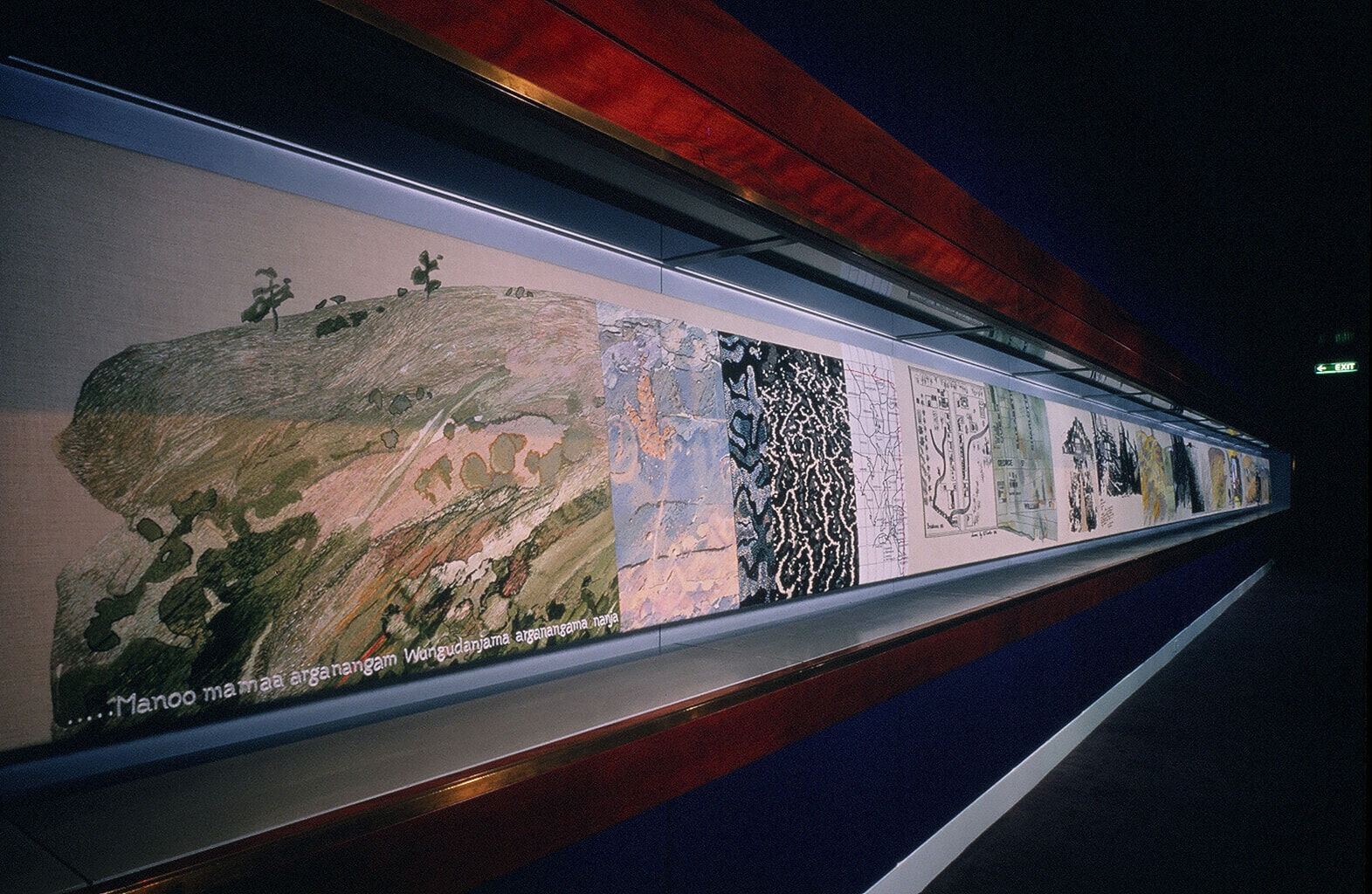 Between 2009 and 2016 the National Library of Australia commissioned Kay Lawrence to conduct audio interviews with key embroiderers involved in the making of the Parliament House Embroidery (PHE) for the Great Hall of the Australian Parliament building in Canberra.  Initiated by Dorothy Hyslop from the ACT guild, the PHE was presented by the Embroiderers Guilds of Australia, to the Parliament as a ‘gift of many hands’ and involved more than 1000 women across the country in its fabrication.
The ’whole of life’ interviews, conducted with 23 women involved in the administration and creation of the embroidery, explores the role of embroidery generally, and the Parliament House Embroidery in particular, in their lives.

Stitched by 498 embroiderers from Embroiderers Guilds across Australia