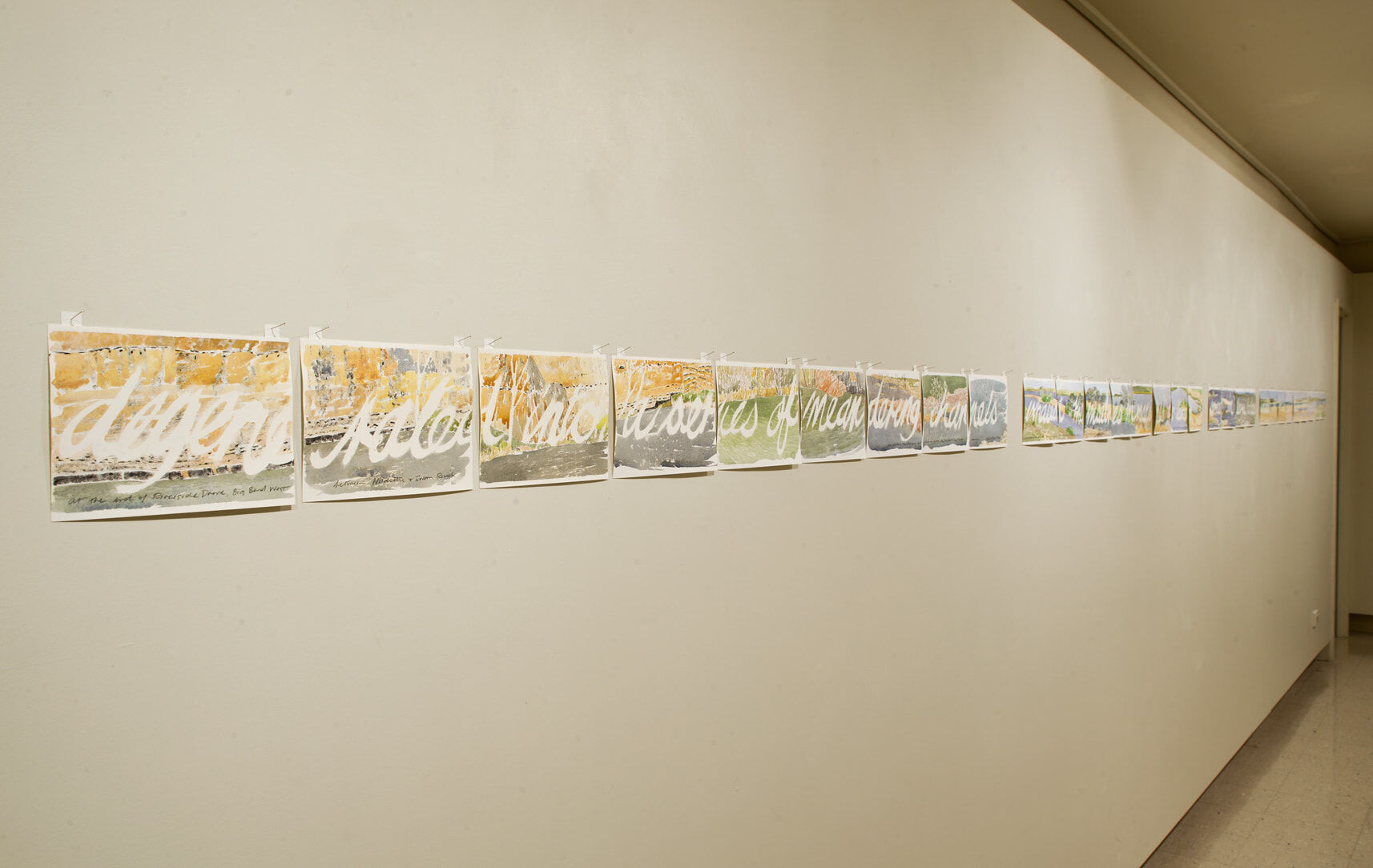 No words for the River is a set of watercolour drawings made at sites along the River Murray during 2014 that respond to a particular moment in the river’s changing topography. They are the result of ‘being there’ and paying attention in the particular way that making a drawing encourages. Watercolour is an uncompromising medium, a kind of bodily performance where a lapse of attention can result in a slip of the brush that cannot be erased but remains; a record of human fallibility. The medium of watercolour also recalls the representations made by British explorers keen to ‘open-up’ land in Australia for settlement in the late 18th and early 19th century, as well the role of watercolour sketching at the time, as a desirable feminine accomplishment for young ladies.
These watercolours respond to these associations to ask questions about the role of written and visual language in how we, as White Australians understand the River Murray. Painterly responses to particular places along the river in South Australia are superimposed over a lexicon of phrases (in English) that are drawn from the historical record and describe the river in terms of lack and deficiency. These painted sequences of word and image suggest that the tension between the expectations generated by the English linguistic concept ‘river’ and the complex and fluid entity that is the ‘River Murray’ underpins our inability to maintain and sustain the health of the River.
This artwork was inspired in part by J. M. Arthurs book, ‘The Default Country: A lexical cartography of twentieth-century Australia’.
Kay Lawrence, October 2014

No Words for the River 1 AEAF 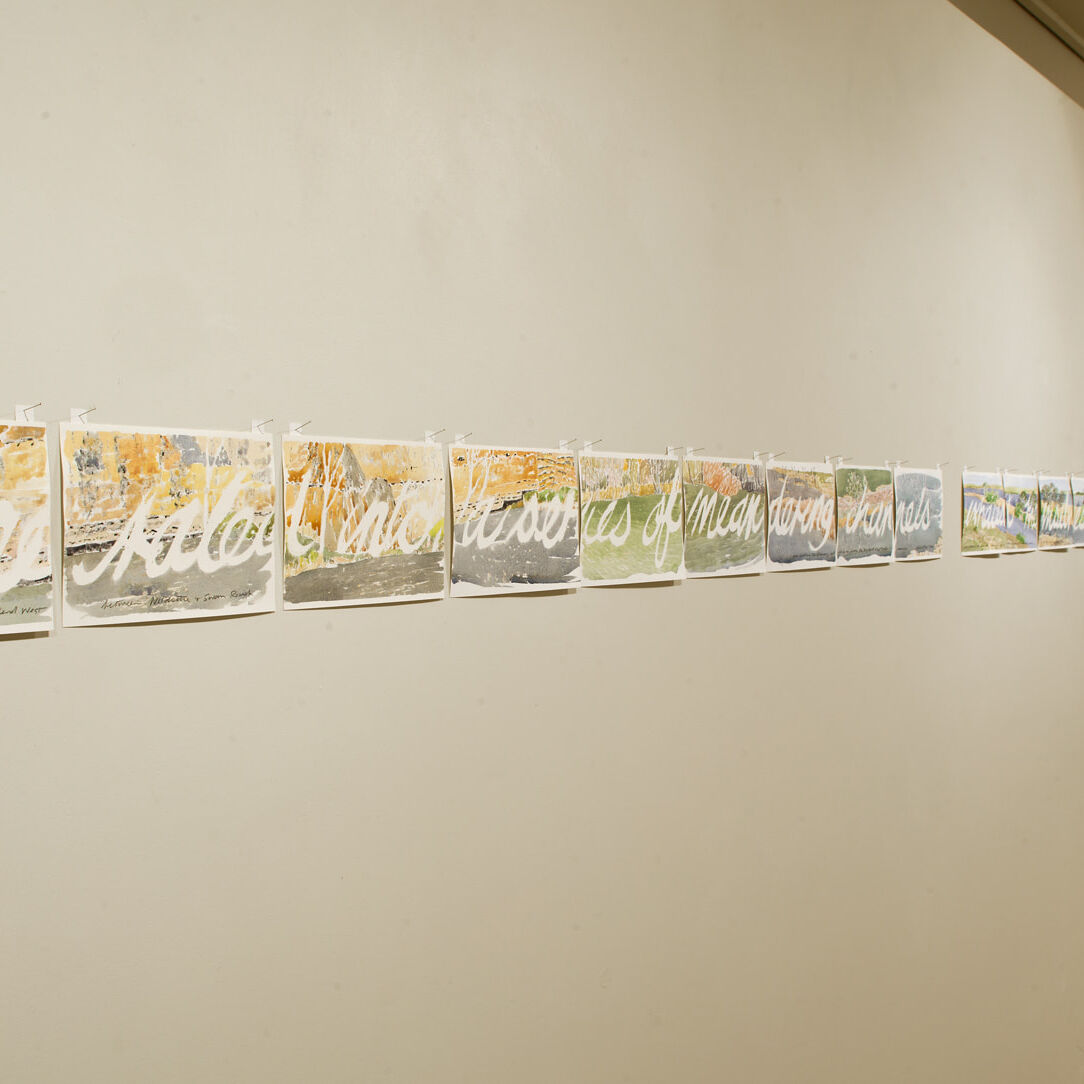 No Words for the River 2 MBRG
Copyright | Kay Lawrence