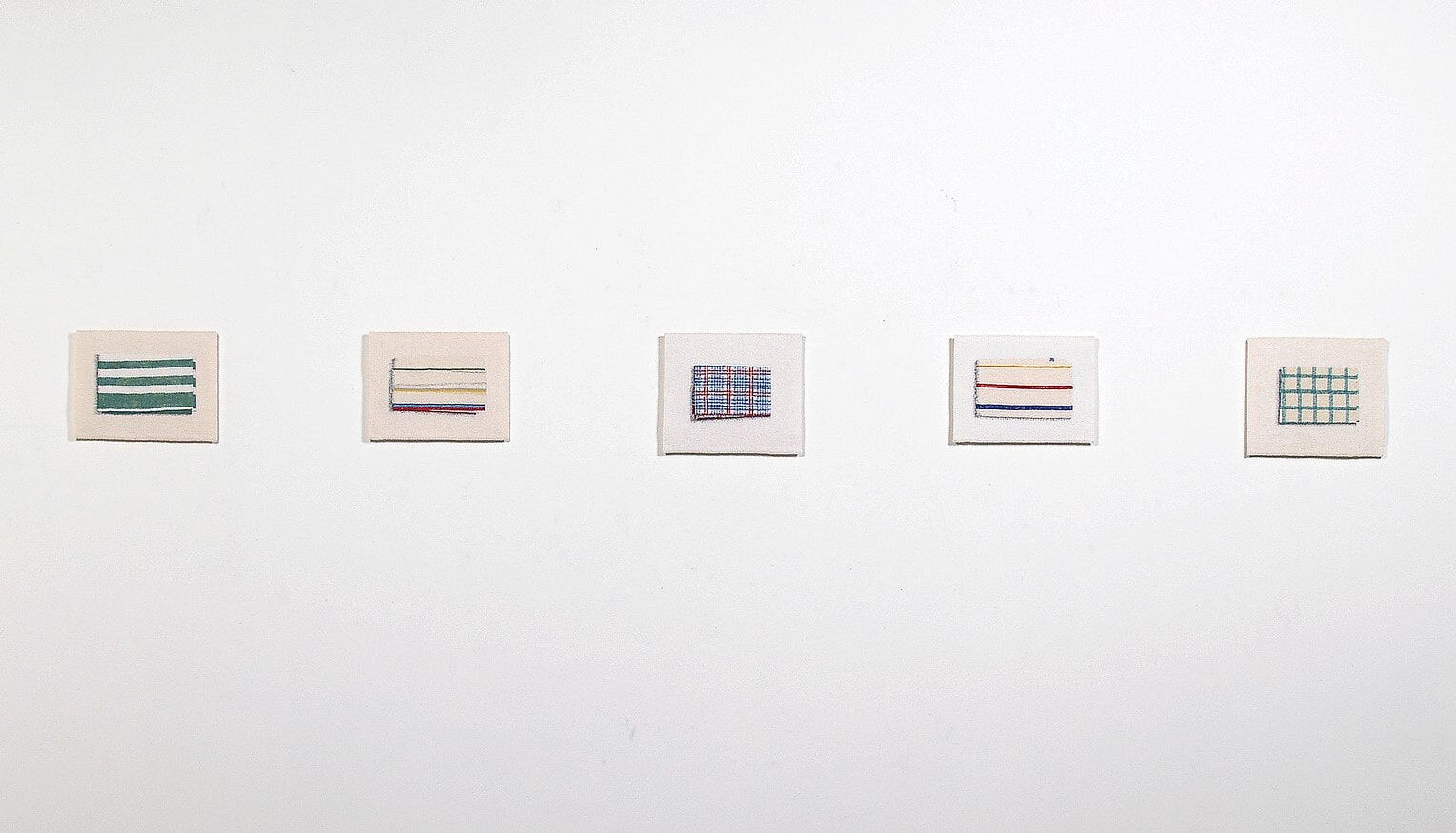 This group of small tapestries refers to the idea of ‘lineage’ in two ways; to my inheritance of thirty-one tea towels from my grandmother and great aunt, and the influence of two mid-twentieth century women artists, Annie Albers and Agnes Martin.

The tapestries are based on a set of tea towels bought in the 1960’s by my grandmother and great aunt. They were used daily, folded and stacked and finally in 2008, inherited by me.  Before they migrated to Australia from the United Kingdom in the 1920’s my grandmother, Blanche, was a children’s nanny, my great aunt Amy, an assistant cook in a school.  My life has had opportunities unimaginable to young women coming to maturity in the early years of the 20th century. But our lives are linked through the daily routines of domestic life, cooking, cleaning, using cups and bowls and washing and drying them with linen or cotton cloths. Despite the social upheavals and the changing roles of women in the last one hundred years these routines represent a small continuity.

Most of the tea towels were woven with simple stripes and checks. Stripes are fundamental to the weaving process. They visually describe the structure of the fabric, the repetitive process of laying the weft in the warp, working from side to side to build the structure of the cloth row by row.  Although I came late to the work of Annie Albers, my art school education in the 1960s was imbued with Bauhaus principles. It was only when I became a tapestry weaver that I came to appreciate her innovative explorations of the grid, the basic structure of weaving.

The repeated stripes and checks of these cloths recall how they were used in the repetitive rituals of drying and mopping up that maintain the order of the kitchen.  For me these simple images of striped and checked tea towels signify domestic order, familial connection and a kind of artistic inheritance. As well as Albers, I was thinking of the painter Agnes Martin as I made them, particularly the meditative simplicity of her hand-drawn lines and grids. But unlike Martin’s work, these images do not aim to evoke a transcendent spirituality but refer to their origins as objects in the physical world casting a slight shadow, at the same time as suggesting in their structure, the repetitive rhythms of the body engaged in domestic work. 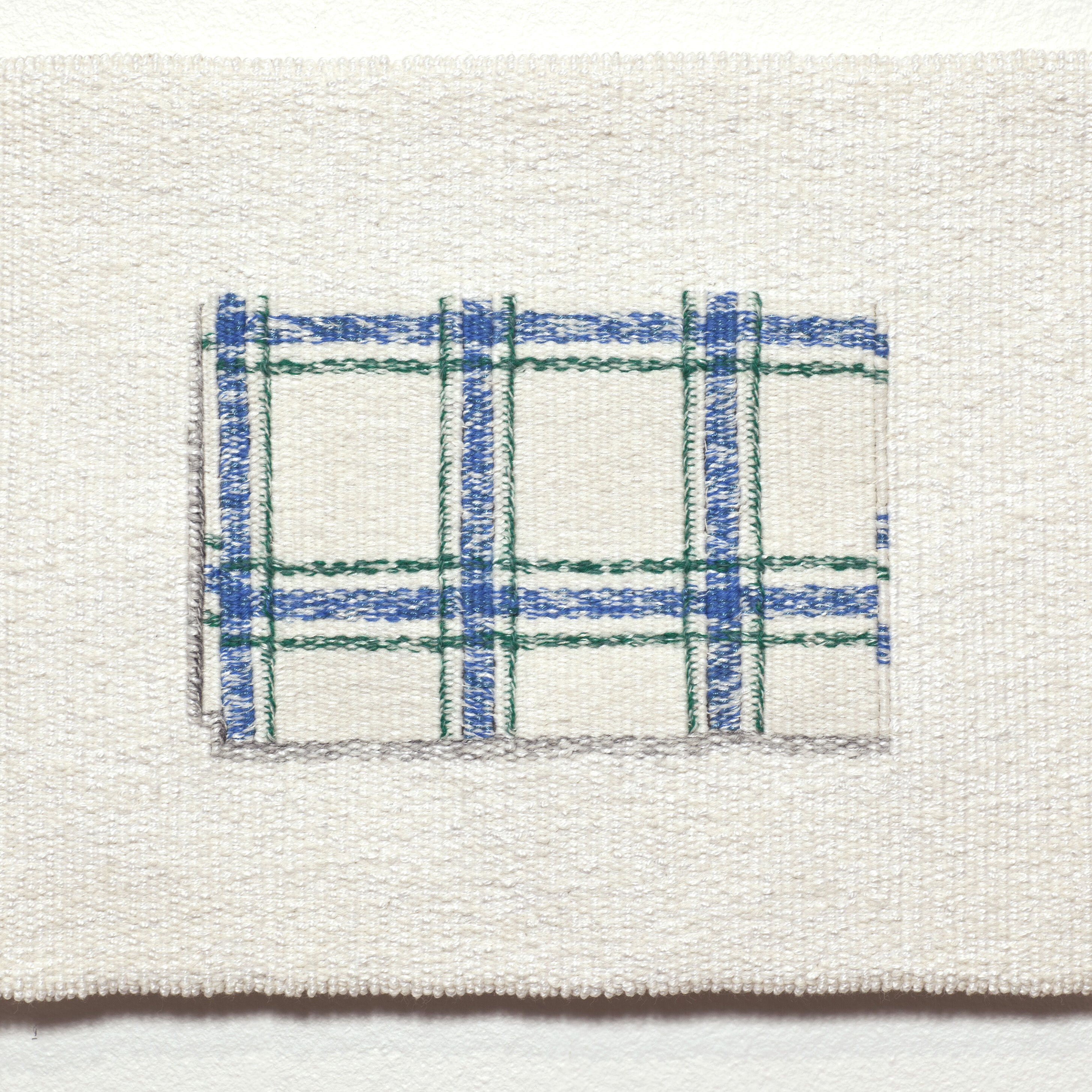 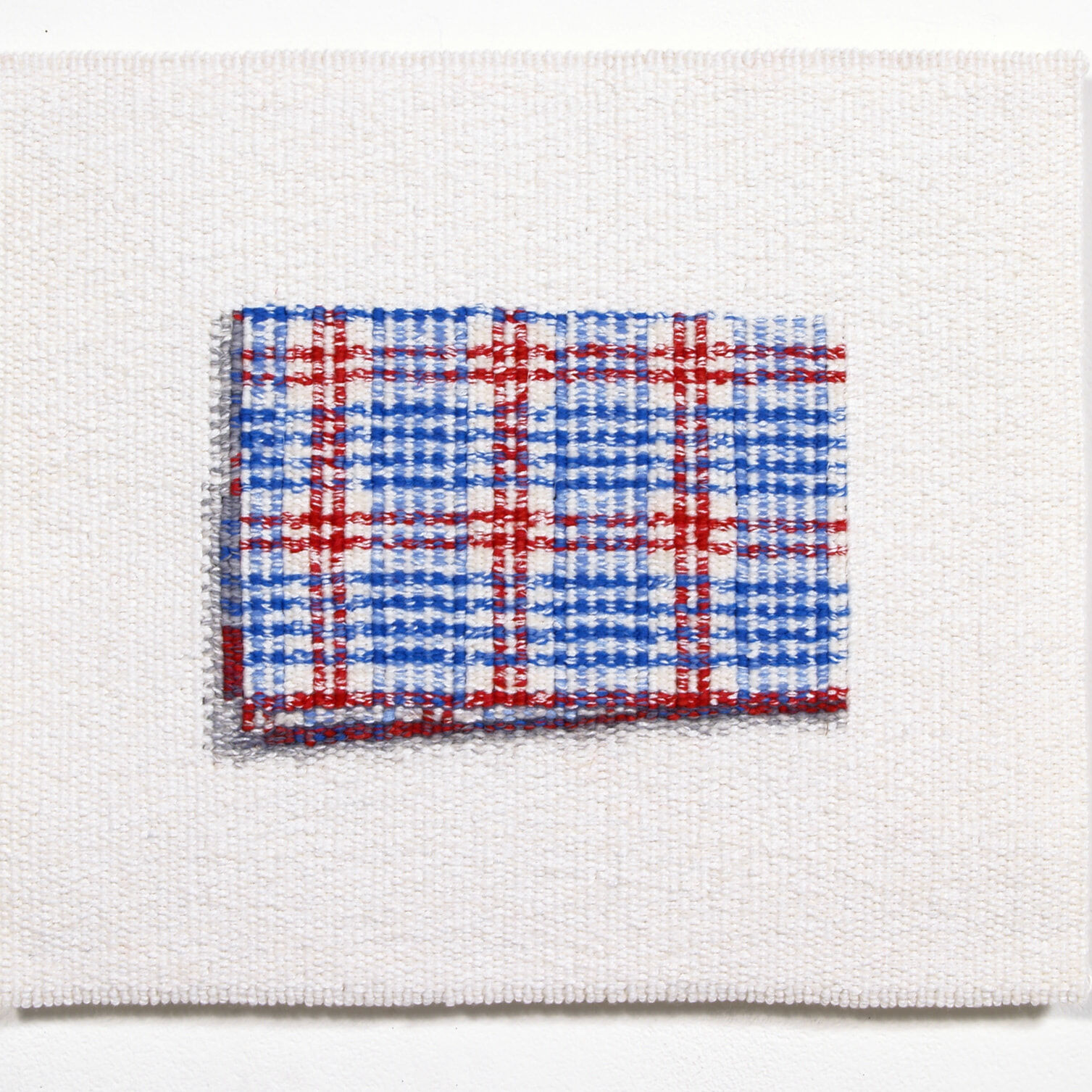 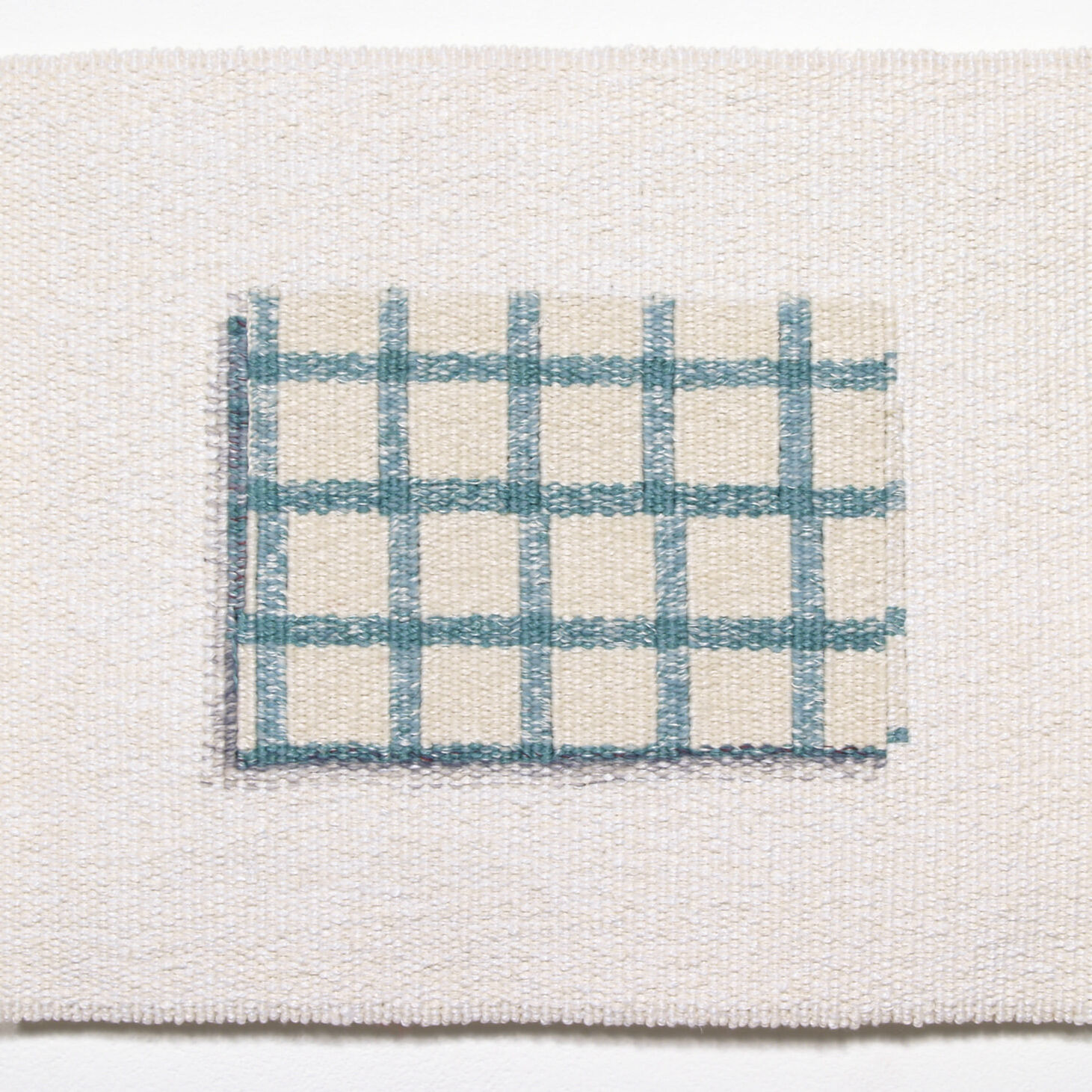 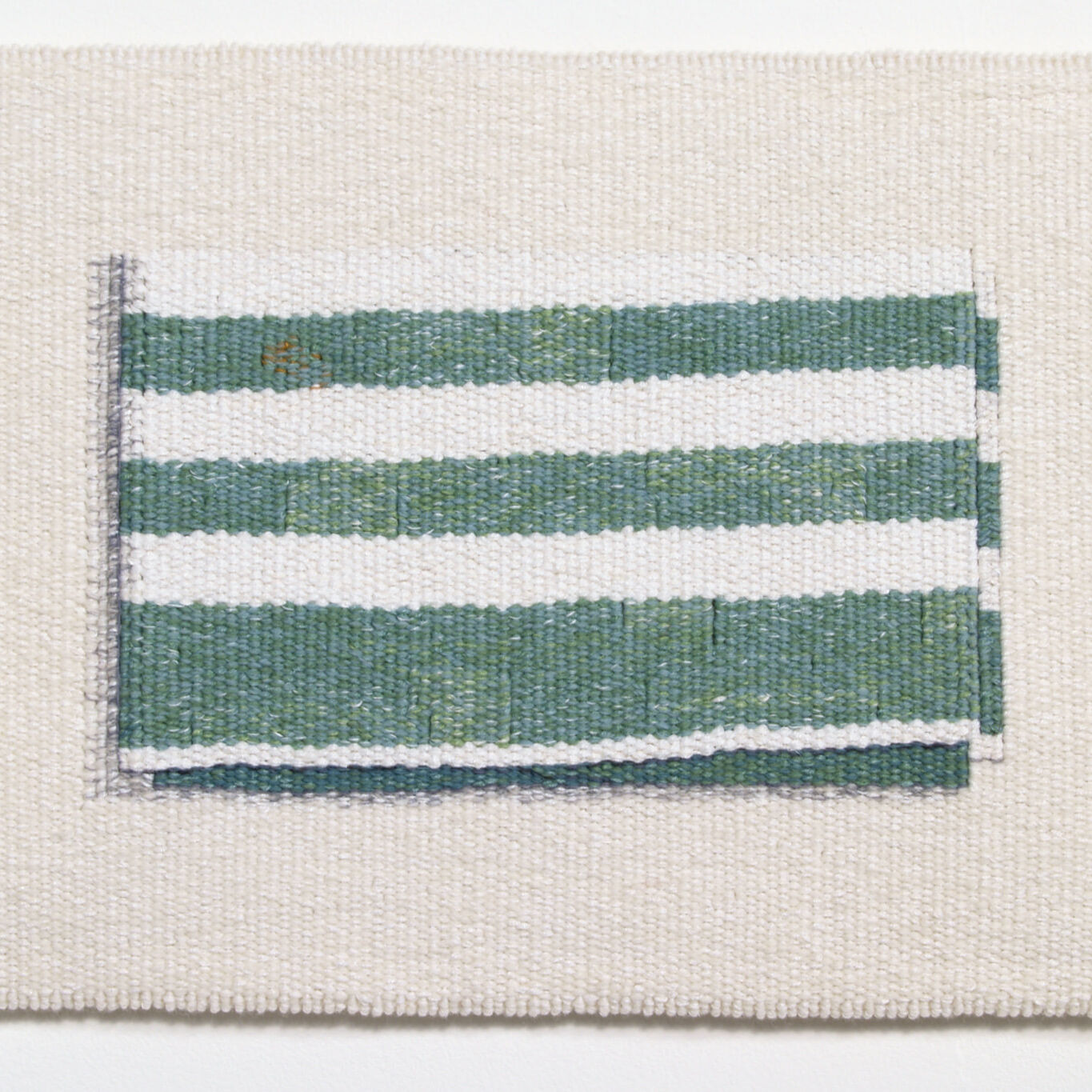 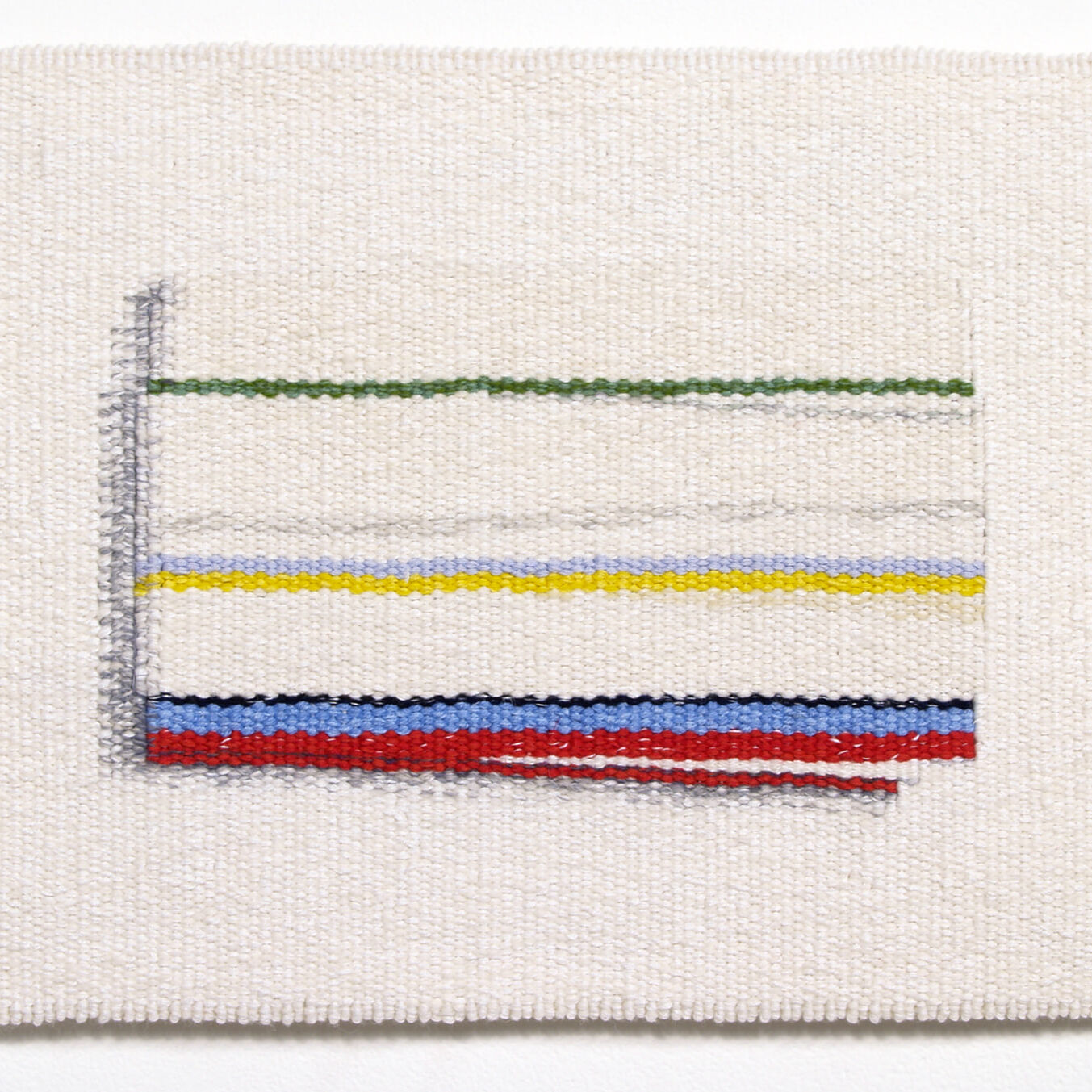 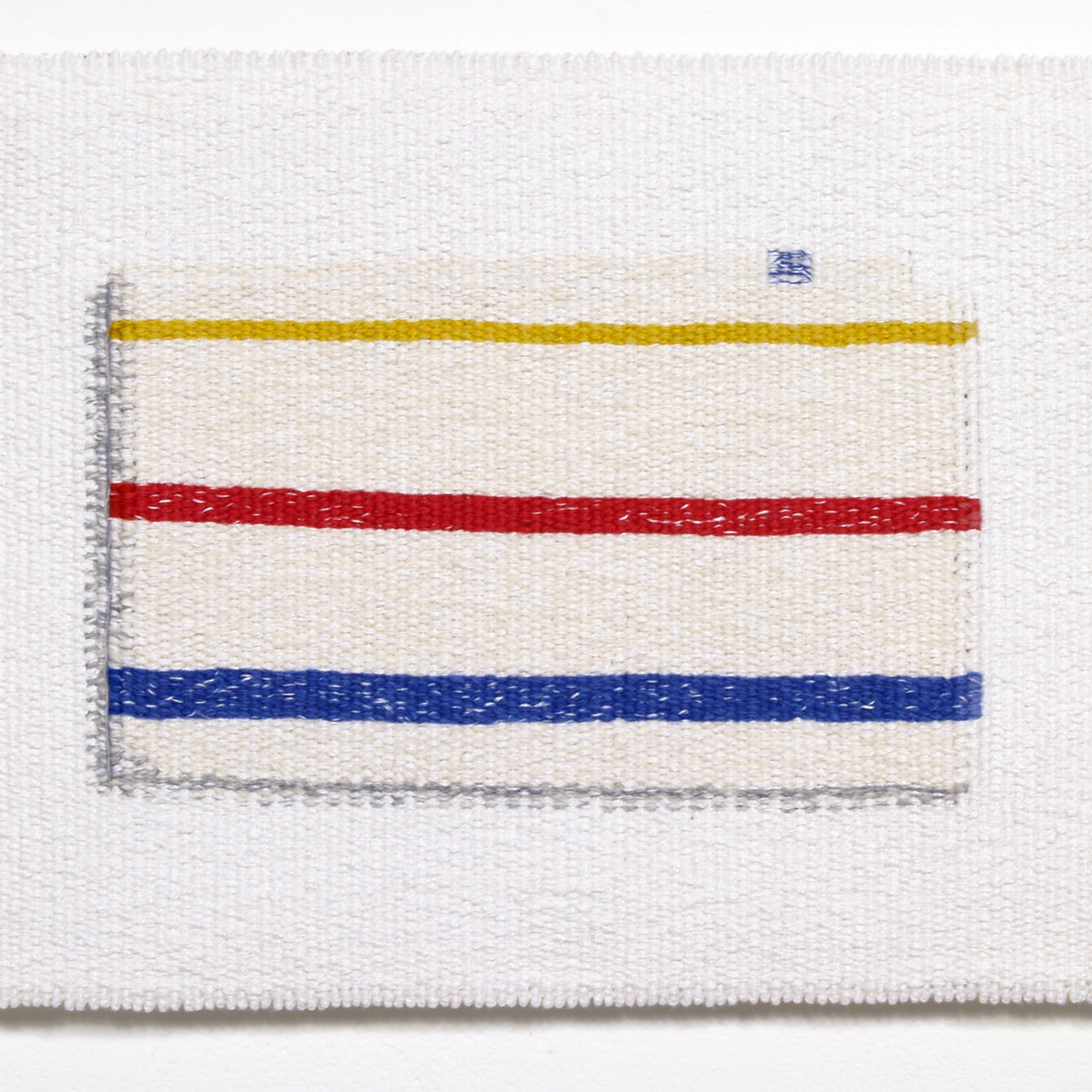