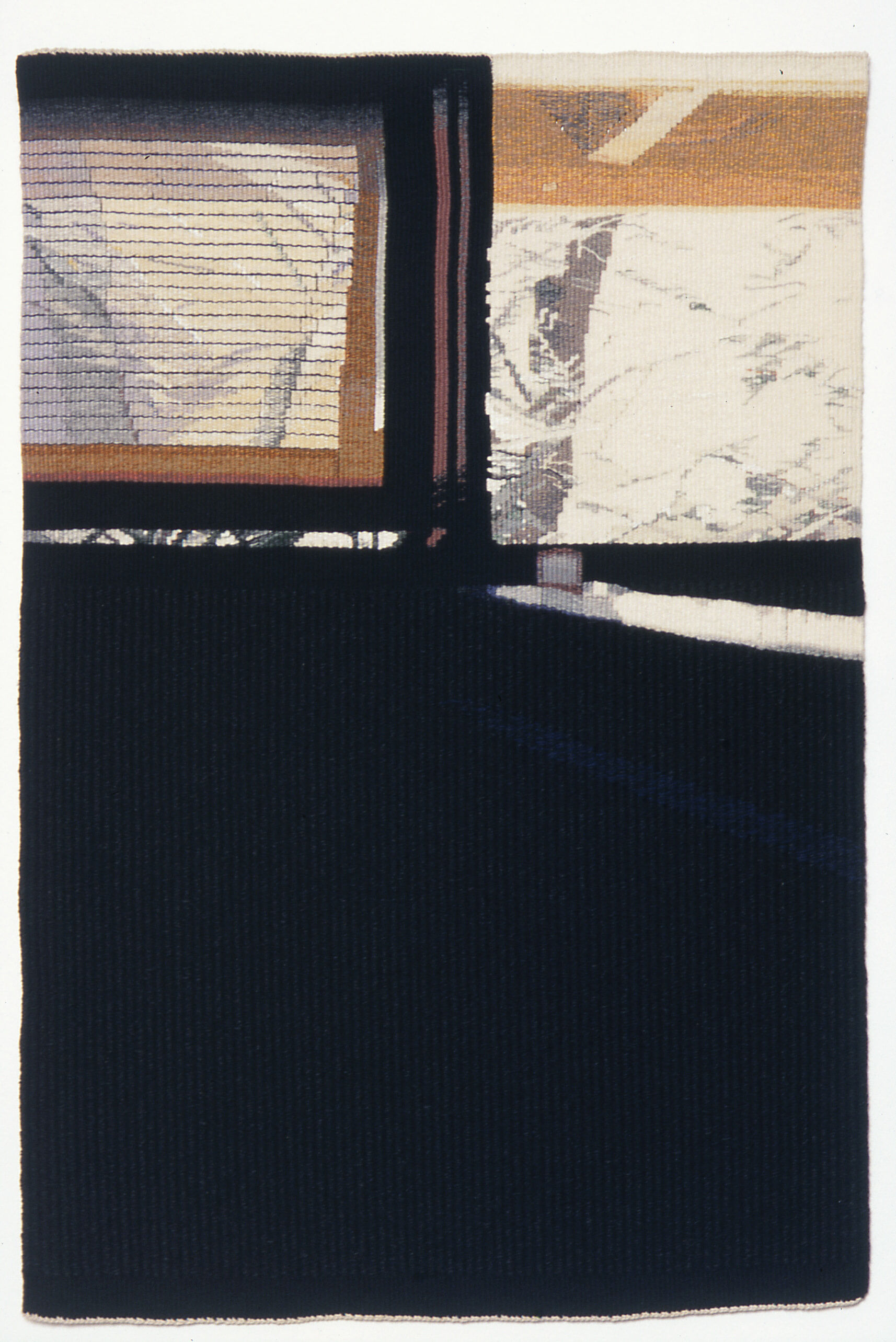 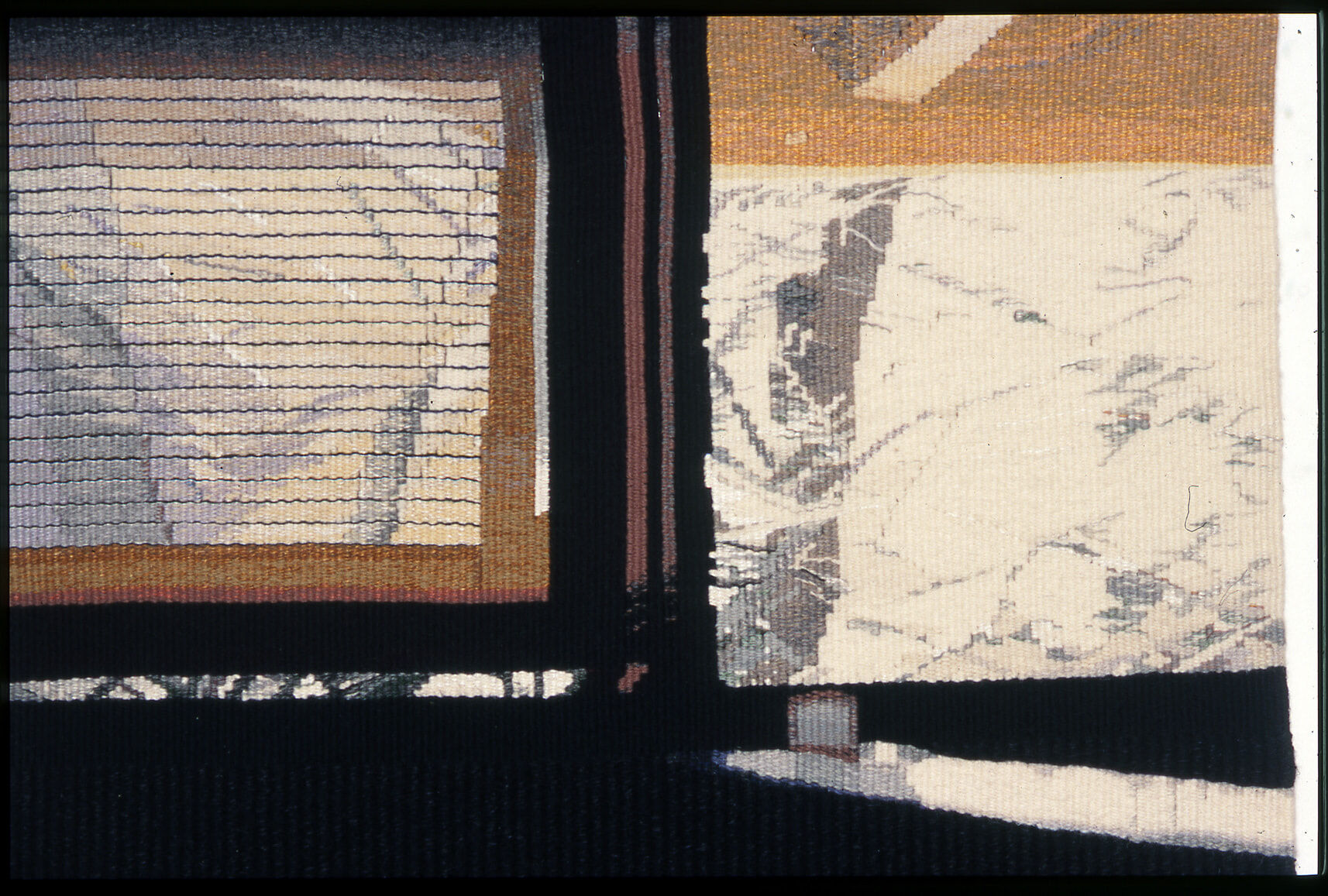 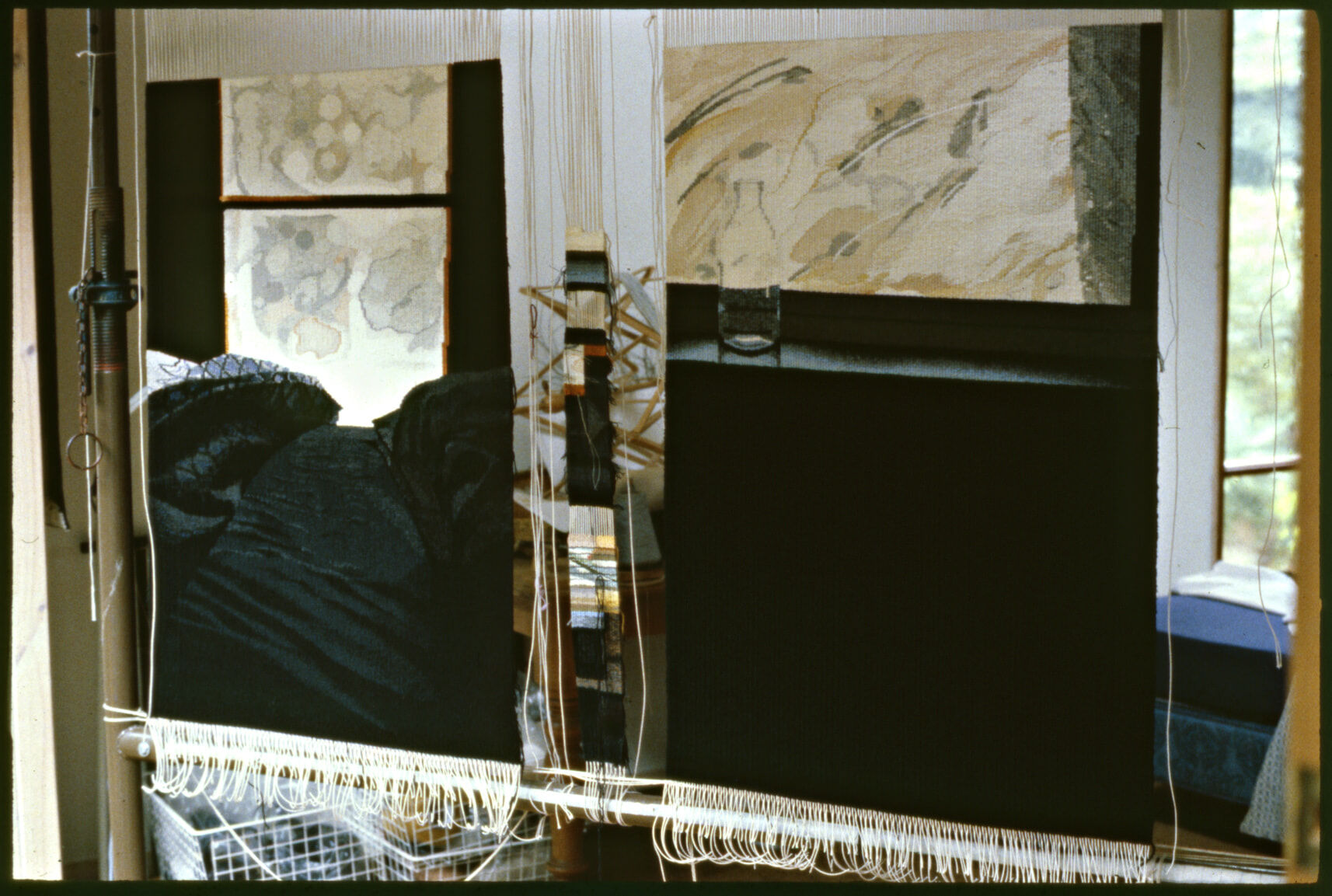 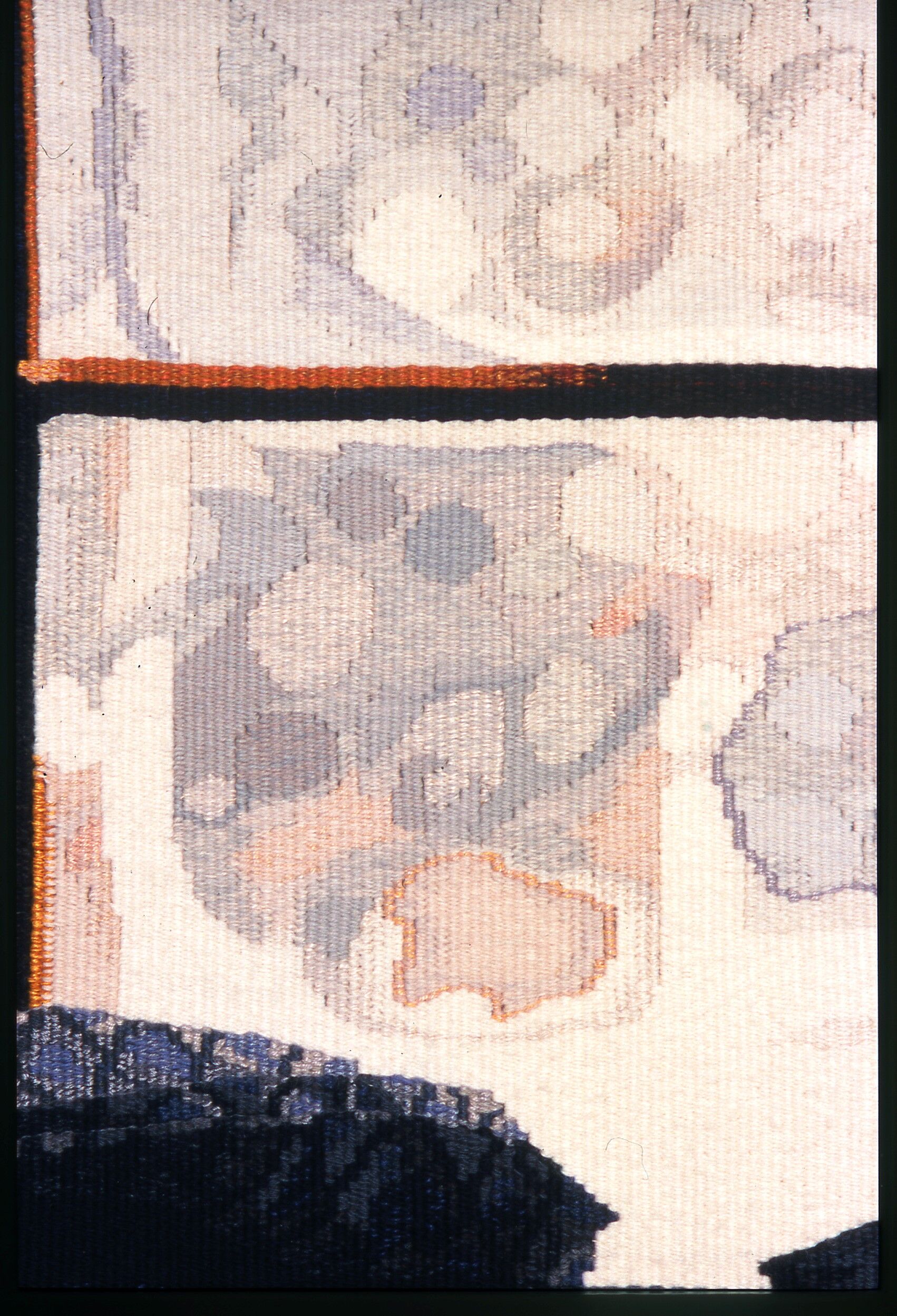 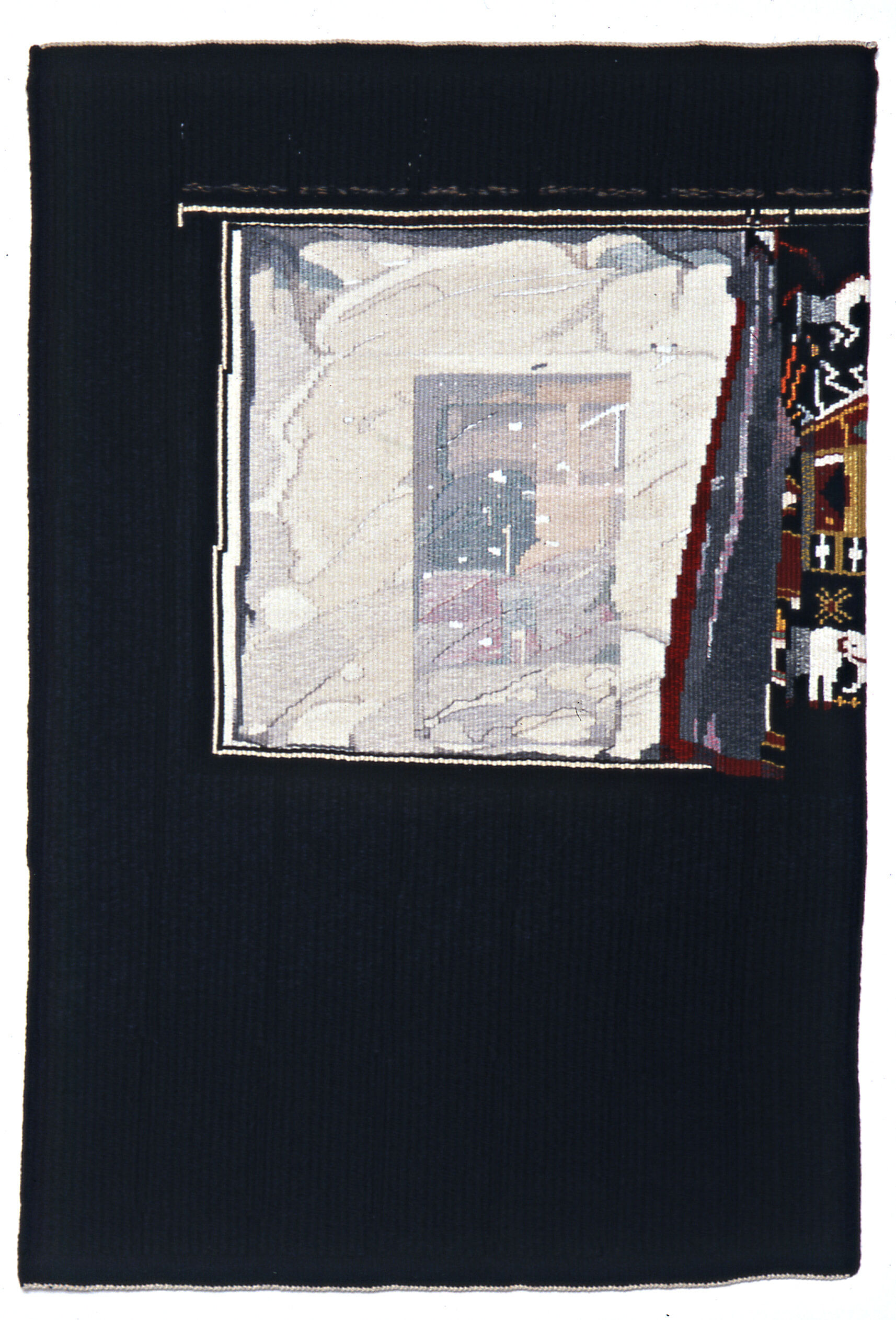 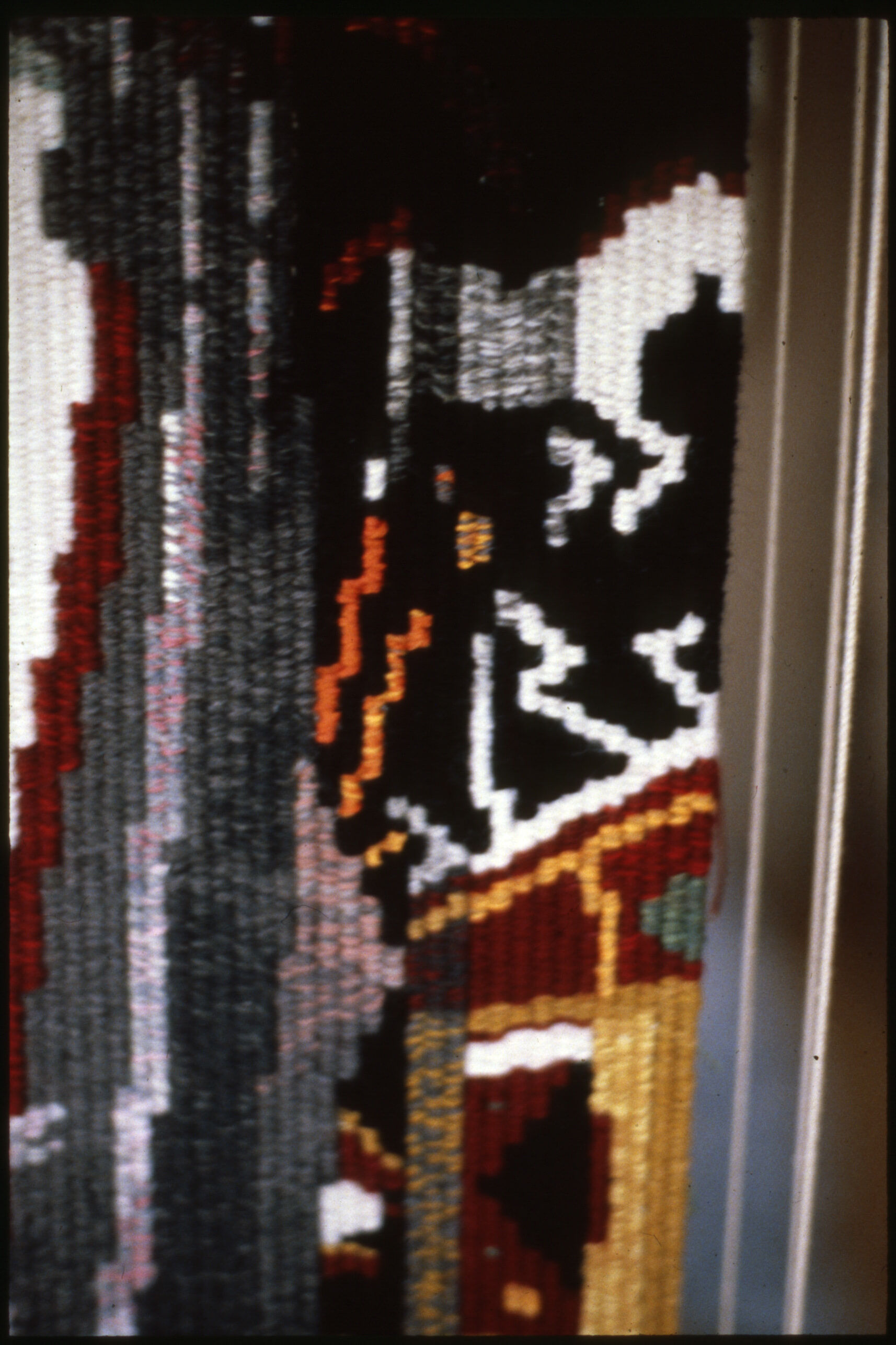 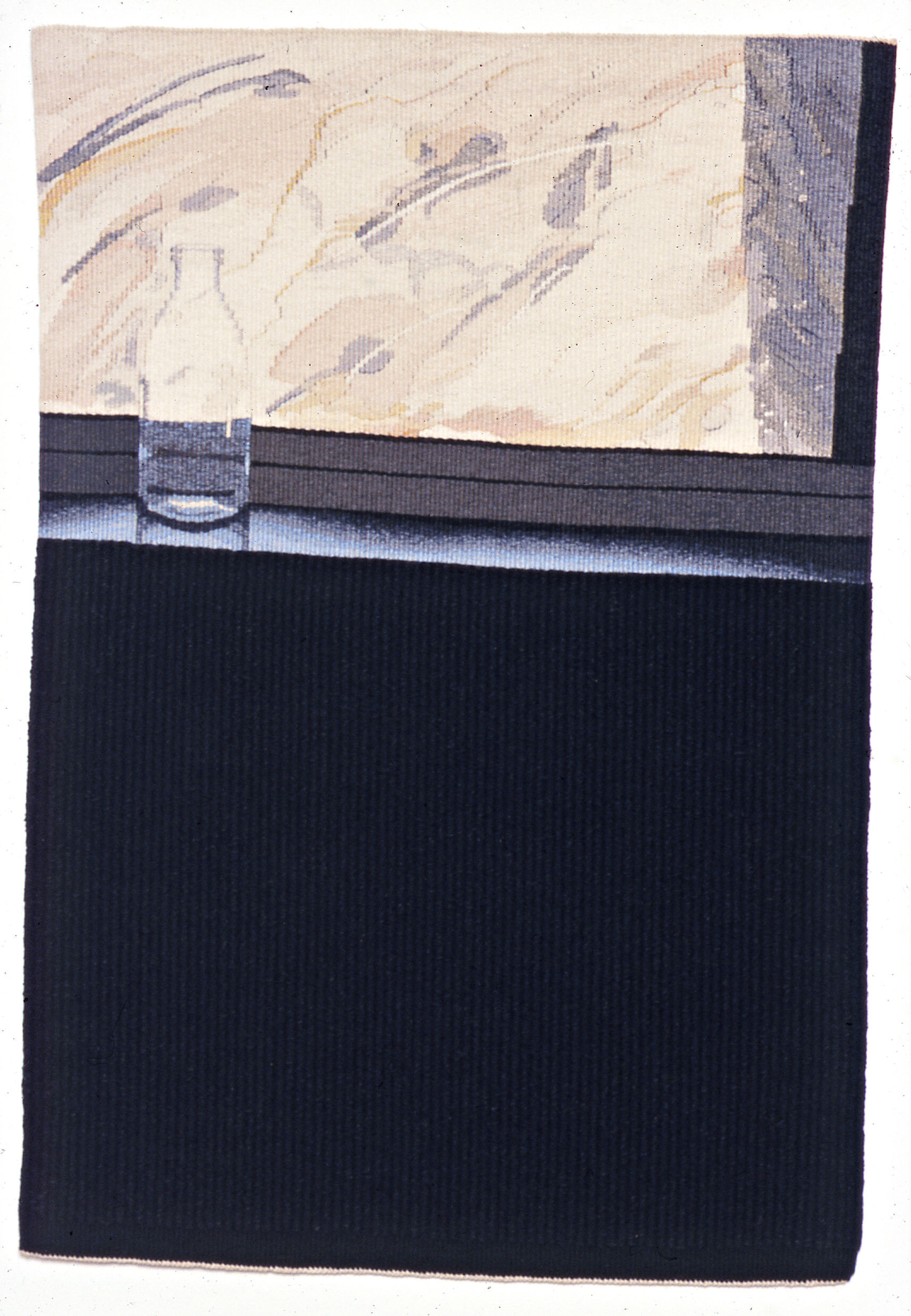 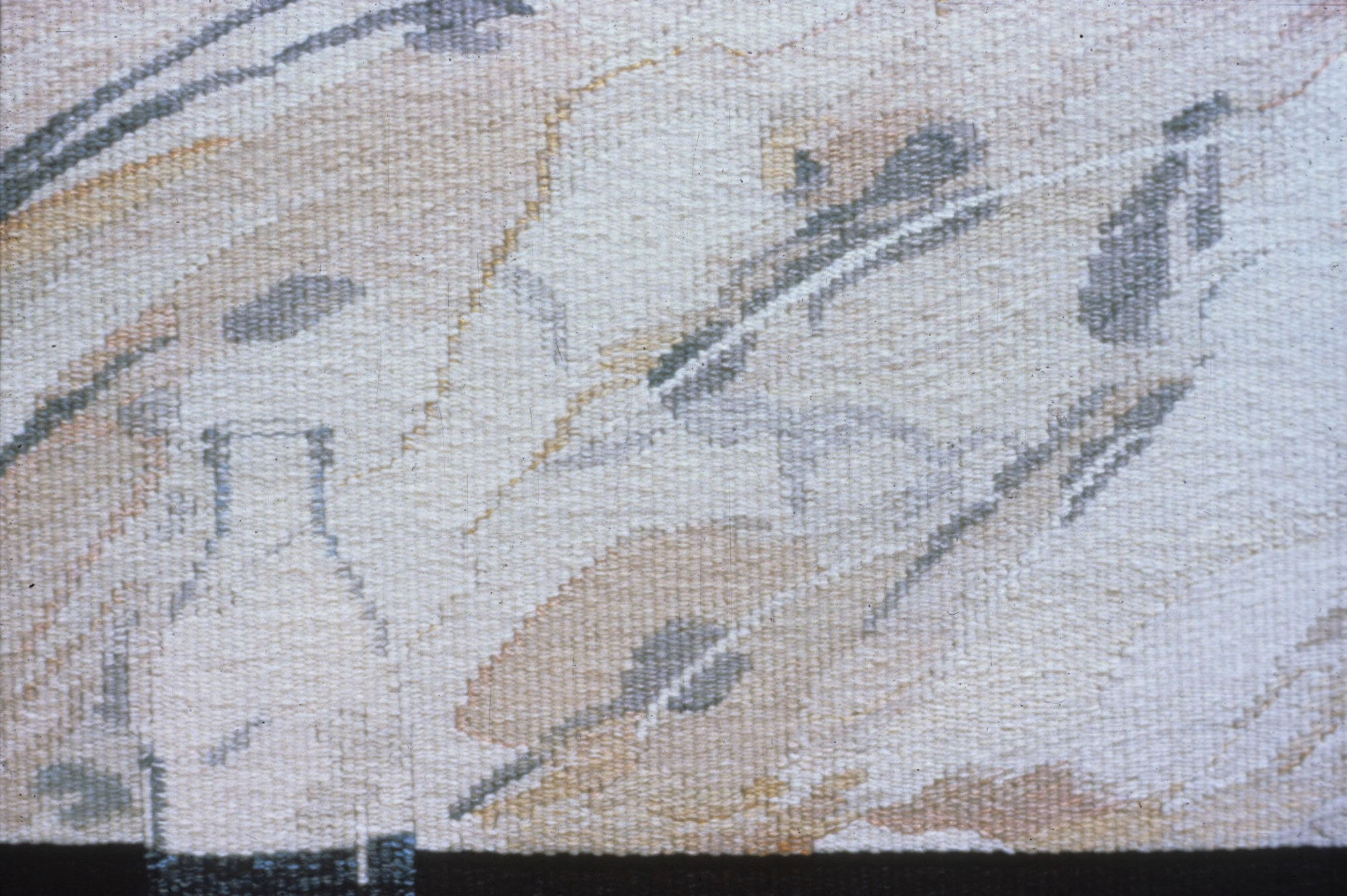 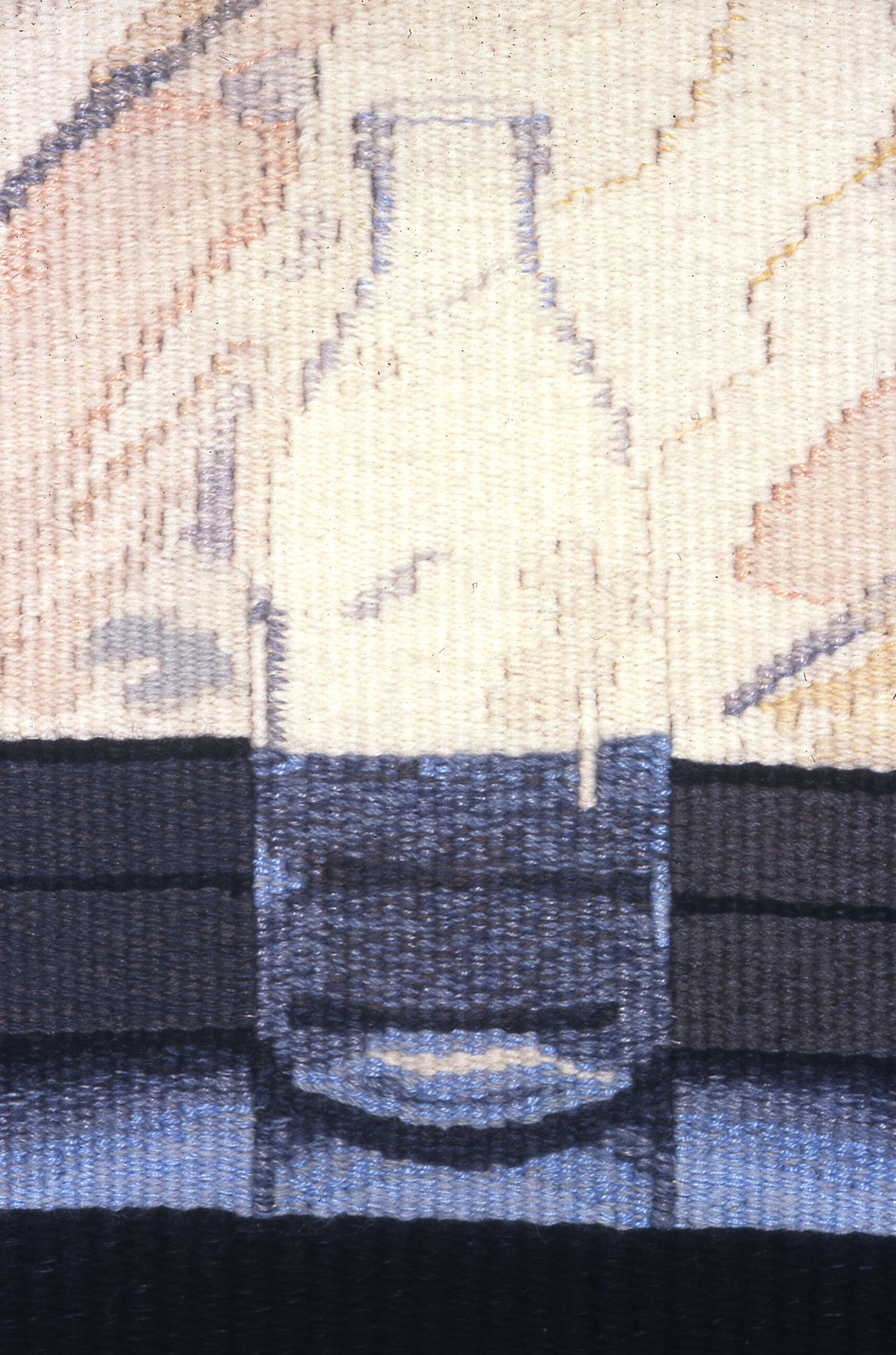 A walk around on the inside looking out

In 1980, feeling a bit trapped in the house with two small children, I made some drawings for an exhibition called Artists walks. Unable to walk around the hills where I lived, I decided to make the best of my situation and took a walk around the house, drawing and photographing the windows in the bedrooms, the bathroom, the kitchen. As a not very experienced photographer the views through the windows were overexposed. Yet there was something compelling about these darkened spaces with the bright light outside that seemed to match some inexpressible longing I could not articulate. So, I translated the five photographs into a suite of tapestries.

Women artists have often used windows as a metaphor for the self. If you think of the house as a symbol of self hood, then windows can offer an opening into other ways of being. What I find so interesting 40 years after making the work, is that what began as an expression of frustration at being confined to the house became instead, a meditation on transcending limitations.